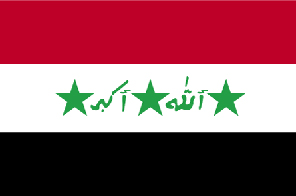 BAGHDAD: Fifty-five people were killed and 116 injured by a bomb in a crowded market in Baghdad's predominantly Shiite neighbourhood of Sadr City, an interior ministry official said on Wednesday.

According to the official, the blast occurred in a market in the north Baghdad district at around 7:00 pm (1600 GMT), caused by a motorcycle rickshaw loaded with explosives hidden underneath its load of vegetables.

"The rickshaw was full of explosives, covered by vegetables," the official said, adding that women and children were among the casualties and dozens of market kiosks were damaged.

The attacker got off the motorcycle rickshaw in the middle of Mraidi market in Sadr City and managed to escape before the bomb was set off.

Wednesday's bombing was the latest bloody attack in the runup to the planned pullout of US troops from Iraqi cities, towns and villages by June 30.

Violence has dropped markedly in Iraq in recent months, with May seeing the lowest Iraqi death toll since the 2003 invasion. But attacks remain common, particularly in Baghdad and the main northern city of Mosul.

Prime Minister Nuri al-Maliki warned earlier this month that insurgents and militiamen were likely to step up their attacks in the coming weeks in a bid to undermine confidence in the Iraqi security forces.

#55 killed in Baghdad market blast
You May Also like: