Air strikes on Aleppo amid calm in other parts of Syria 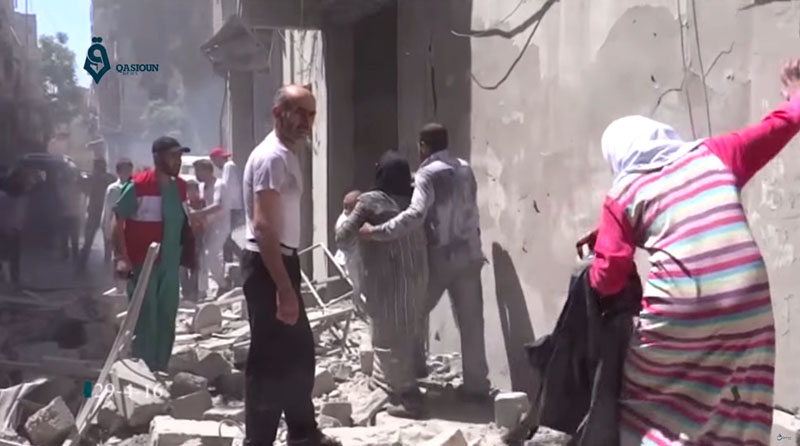 S media opposition platform that relies on a network of activists on the ground, on Friday, April 29, 2016 shows people scrambling through rubble following airstrikes in Aleppo, Syria. Photo: Qasion News Agency via AP
BEIRUT:  Two Syrian opposition monitoring groups are reporting government air strikes on insurgent-held neighborhoods of the northern city of Aleppo. The Britain-based Syrian Observatory for Human Rights reported 20 separate air raids, killing at least two people and wounding others. The Local Coordination Committees said the air raids killed one person and wounded others. Contested Aleppo, Syria's largest city and once commercial centre, has been the scene of intense shelling and air raids over the past nine days that killed nearly 250 people according to the Observatory. The surge in fighting has caused the collapse of a two-month cease-fire brokered by the US and Russia. It also has raised fears of an all-out government assault on Aleppo and warnings of a humanitarian disaster in the 5-year-old civil war.
#air strikes #Aleppo #humanitarian disaster #Syrian opposition monitoring groups #Syria air raids #Syria air strikes
You May Also like: