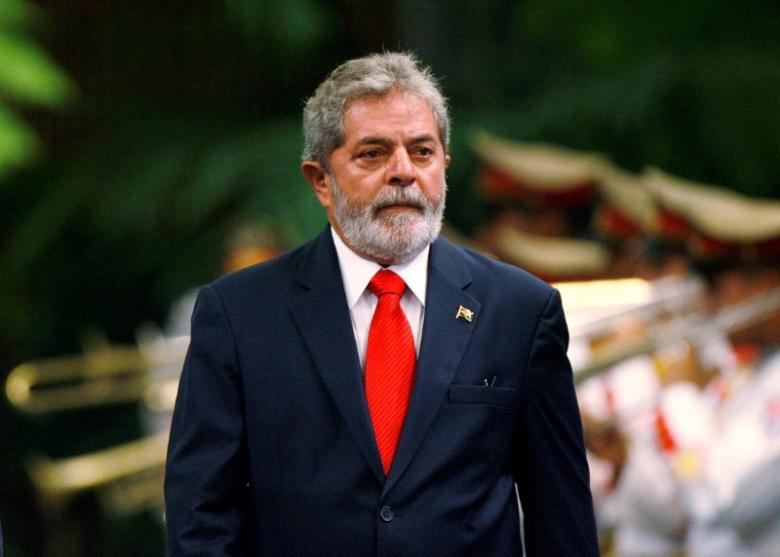 File photo: Brazil's President Luiz Inacio Lula da Silva reviews the honor guard during a reception ceremony at Havana's Revolution Palace January 15, 2008. REUTERS
SAO PAULO: Brazil's federal police have requested formal corruption charges against former President Luiz Inacio Lula da Silva in a case involving contracts obtained by building and engineering conglomerate Odebrecht [ODBES.UL] in Angola, a source said on Wednesday. The source, who asked not to be identified because of the sensitive nature of the information, said that Lula was among 10 people that police have requested be charged in a document sent by police to prosecutors. Under Brazilian law, only prosecutors can formally charge someone after a police investigation and those charges must then be approved by a judge. Lula has already been charged twice in connection to a massive anti-corruption investigation centred on state oil company Petrobras (PETR4.SA) and will stand trial before anti-corruption judge Sergio Moro. The trial date has not been set. In an emailed statement, lawyers representing Lula "repudiated" on Wednesday that the police document was leaked. They said they asked police for a copy of the document, but were told it was already in the hands of federal prosecutors. The lawyers said their request to see the document was denied by the prosecutors. "It's strange, to say the least, that the day after the police inquiry was referred to prosecutors, the press obtained it first ... and at the same time it is denied to the defence," read the statement from the Sao Paulo-based Teixeira, Martins & Advogados firm that represents the Lula family. Prosecutors did not immediately respond to after-hours requests for comment.
#Brazil #graft case #Brazil police #Luiz Inacio Lula da Silva
You May Also like: