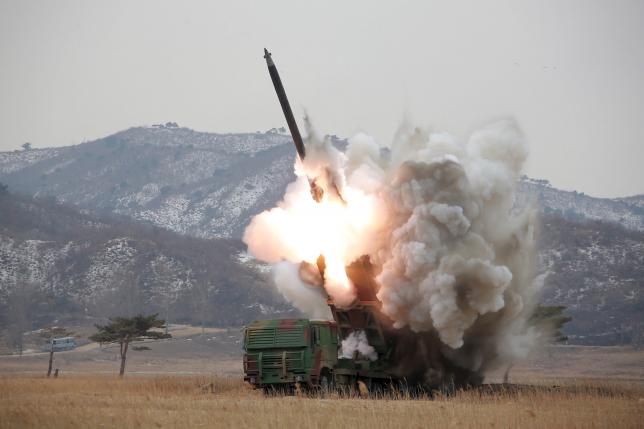 UNITED NATIONS: The United Nations Security Council has been unable to condemn the launch of a missile by North Korea that landed near Japan because China wanted the statement to oppose the planned deployment of a US anti-missile defence system in South Korea.

North Korea launched a ballistic missile last Wednesday that landed in or near Japanese-controlled waters for the first time, the latest in a series of launches by the isolated country in defiance of UN Security Council resolutions.

The 15-member council held a closed-door meeting on the same day, but has been unable to agree on a US-drafted statement to condemn the launch, which was almost identical to two previous statements issued by the council on North Korea (DPRK).

China proposed that the statement also say "all relevant parties shall avoid taking any actions which could provoke each other and escalate tensions, and shall not deploy any new anti-ballistic missile stronghold in Northeast Asia with an excuse of dealing with threats of the DPRK nuclear and missile programs."

China's UN mission also did not want the statement to express concern that the missile landed near Japan, telling council diplomats in an email, seen by Reuters: "We believe that the response of the council is based on violation of Security Council resolutions, not the place where the missile impacted."

Japan and the United States said they could not accept the proposed changes to the draft by China and on Tuesday dropped the bid for a Security Council statement.

"To propose that this council should criticise purely defensive steps that states have taken to protect their people from the DPRK's clear and repeated ballistic missile threats ... would be manifestly inappropriate and would send entirely the wrong message to the DPRK," the US mission to the United Nations told council diplomats in an email.

North Korea has been under UN sanctions since 2006. In March, the Security Council imposed harsh new sanctions on the country in response to North Korea's fourth nuclear test in January and the launch of a long-range rocket in February.