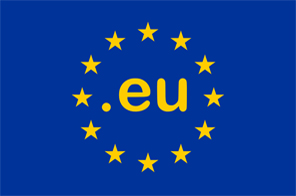 "If they are ready to engage with us, we're ready to cooperate with them," said Bildt, whose country holds the EU presidency, said as he arrived for informal talks with his EU counterparts in Stockholm.

"We don't want to impose more sanctions," Germany's European Affairs Minister Guenter Gloser said as he arrived. "But there must not be a nuclear arms race in the Middle East."

Gloser also voiced concern at the detention in Iran of "those using their right to the freedom of expression."

"We have been talking with Iran for three years. Absolutely nothing has been achieved and we continue to speak..." he said.

"What is productive is that the Iranian people have shown a determination to move towards a different form of democracy," the French minister added.

A defiant President Mahmoud Ahmadinejad said on Thursday Iran is ready for more sanctions over its nuclear programme and will not bow to pressure in meeting any deadline set by world powers.

However Tehran has also said that it was offering Britain, China, France, Germany, Russia and the United States new proposals for the basis of fresh talks on its controversial nuclear drive.

EU foreign policy chief Javier Solana said he had not received any proposals, adding that he hoped to talk by phone to the Iranian side "in the coming hours".

Iran insists its nuclear work is peaceful but Western countries allege that it wants atomic weapons. The UN Security Council has slapped three rounds of sanctions on the Islamic republic, and pressure is growing for more.

#EU ready for confrontation with Iran
You May Also like: