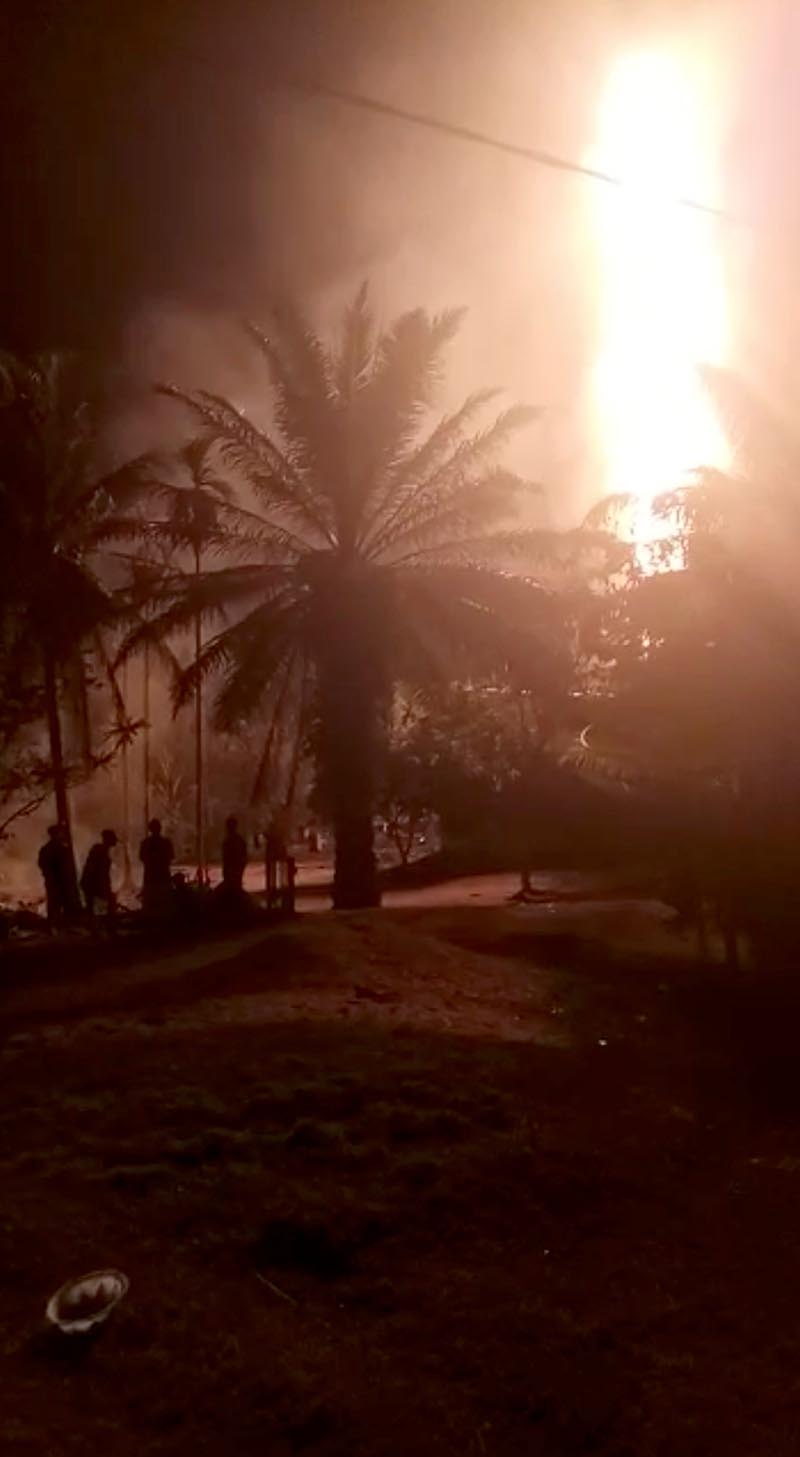 People gather near the fire burning in Aceh, Indonesia, April 25, 2018 in this picture grab obtained from social media video. Photo Courtesy: ANDIKA JAYA PUTRA via Reuters
BANDA ACEH: Firefighters in Indonesia struggled on Wednesday to contain a blaze at an oil well in the northwestern province of Aceh that killed at least 15 people and injured 40, authorities said. Flames towered over houses and trees as firefighters hosed down the area while villagers looked on, pictures posted on social media by Sutopo Purwo Nugroho, spokesman for Indonesia's disaster mitigation agency, showed. "We are still collecting data on the number of victims because the fire has not been extinguished," the agency said in a statement. The fire broke out early on Wednesday, after a well of depth 250 metres (820 ft) overflowed and residents gathered to collect the oil, the agency said. Dozens of people were taken to hospital in the provincial capital, Banda Aceh, several hours away, the agency said, adding that state oil firm Pertamina was providing equipment to help fight the fire. At least eight fire trucks had been deployed to douse the blaze. The head of police in the area said the oil well might have been drilled illegally and the fire might have been started when someone was smoking a cigarette. "We suspect this is a well drilled by the community ... and we suspect there was someone smoking in the area at the time," said police official Wahyu Kuncoro. Such illegal drilling is common in Aceh, where Pertamina operates an oil field.
#Indonesia #fire #BANDA ACEH #Aceh province #Disaster Mitigation Agency #oil well fire
You May Also like: