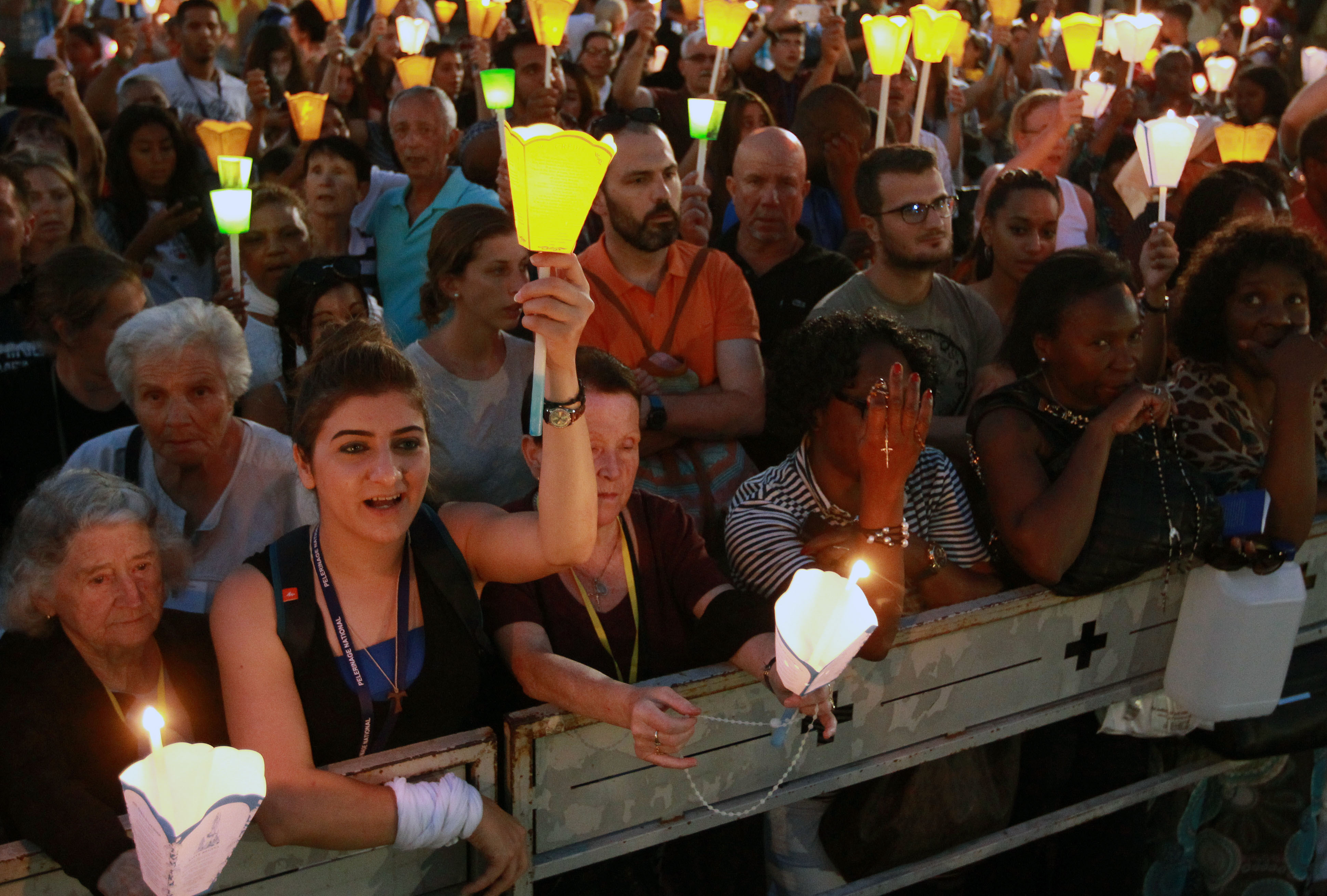 Pilgrims attend a candlelight procession for the Virgin Mary at the sanctuary of Lourdes, southwestern France, on Sunday, August 14, 2016. Photo: AP
LOURDES: Thousands of Catholic pilgrims, many sick or disabled, are gathering at a shrine in the French town of Lourdes under exceptional security after recent extremist attacks. Armed soldiers and police are on patrol around the train station, town center and the sanctuary at Lourdes, where a 19th century village girl said she had visions of the Virgin Mary. Ailing pilgrims come, hoping for a cure from spring water in the Lourdes grotto. Visitors from around the world appeared undeterred by new security restrictions or recent attacks, including one last month that killed a priest in a French church. Tens of thousands attended a candlelight procession Sunday night, and large crowds are expected Monday for international services celebrating Assumption, when according to Catholic belief, Jesus' mother Mary ascended into heaven.
#France #pilgrimage #extremist attacks #Catholic pilgrims
You May Also like: