BUDAPEST: A former Olympic champion who had just been re-elected mayor of a big city in Hungary said he would resign following his involvement in a sex scandal that eroded support for the ruling Fidesz party in a local election last month. 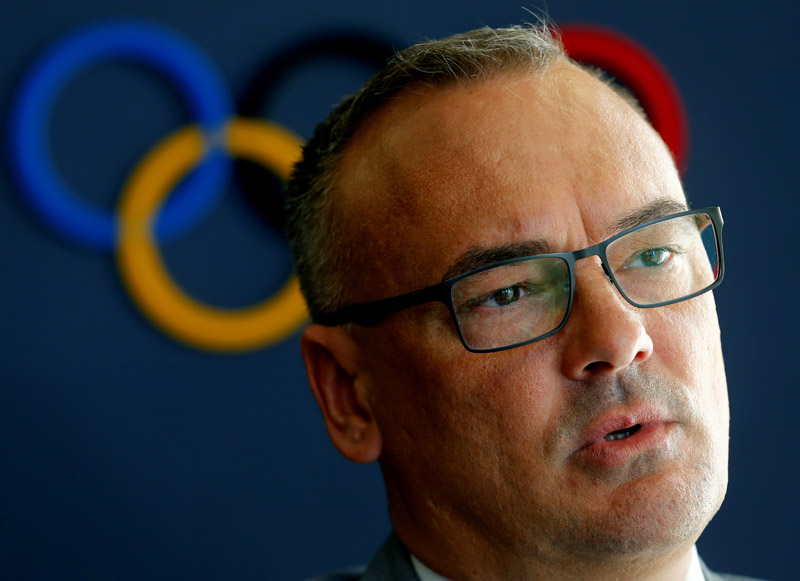 A former chairman of the Hungarian Olympic Committee Zsolt Borkai gestures in Budapest, Hungary, 5 April 2016. Photo: Reuters
Zsolt Borkai, who won a gold medal in gymnastics at the 1988 Seoul Olympics and is married with two children, quit Fidesz last month to limit the political fallout from a video purportedly showing him having sex with a young woman on a yacht in the Adriatic. Fidesz, led by Prime Minister Viktor Orban, portrays itself as a champion of Christian and family values. Borkai has apologised for his actions, which he called a mistake. In a public letter which he sent to national news agency MTI, and which was also published on the website gyorplusz.hu, on Wednesday, Borkai said he loved his city of Gyor and did not want his actions to hinder its development. "I draw the consequences and take responsibility," he said in the letter. He said he would resign as of Friday. Earlier, when he quit Fidesz, he said "the events around me should not put Fidesz at a moral disadvantage". It is unclear who shot the video or why it was taken during what Borkai, a former chairman of Hungary's Olympic Committee, described as a private trip on the yacht in the Adriatic Sea. Borkai said in the letter that he had paid for the trip himself and the allegations against him with one exception were "a bunch of lies". He has not denied having sex with the young woman. The video came out days before the October 13 municipal election and analysts said it was one of the factors that contributed to a surprise setback for Fidesz. Fidesz suffered its first election setback in a decade last month when a coalition of opposition parties ousted the mayor of Budapest in a municipal election and Fidesz lost ground in big cities. The ruling party is still very popular in rural areas.
#Hungary #Prime Minister Viktor Orban #sex scandal #former Olympic champion #1988 Seoul Olympics #Zsolt Borkai
You May Also like: