Hotel bookings in Dhulikhel being cancelled

In wake of shooting, New Zealanders show kindness to Muslims

In wake of shooting, New Zealanders show kindness to Muslims

CHRISTCHURCH: New Zealand's stricken residents reached out to Muslims in their communities and around the country on Saturday, in a fierce determination to show kindness as a 28-year-old white supremacist stood silently before a judge, accused in mass shootings at two mosques that left 49 people dead.

Brenton Harrison Tarrant appeared in court amid strict security, shackled and wearing all-white prison garb, and showed no emotion when the judge read him one murder charge. The judge said "it was reasonable to assume" more such charges would follow. Tarrant posted an anti-immigrant manifesto online and apparently used a helmet-mounted camera to broadcast live video of the slaughter on Facebook. 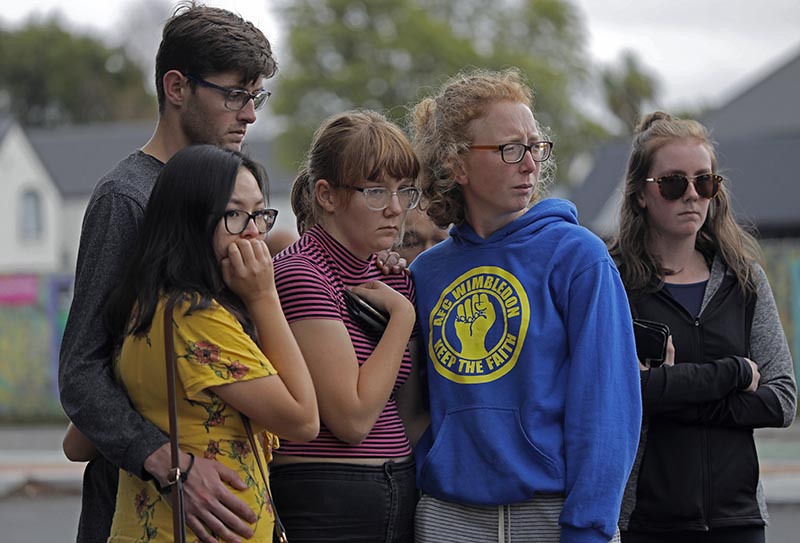 Mourners pay their respects at a makeshift memorial near the Masjid Al Noor mosque in Christchurch, New Zealand, on Saturday, March 16, 2019, where one of the two mass shootings occurred Friday. Photo: AP 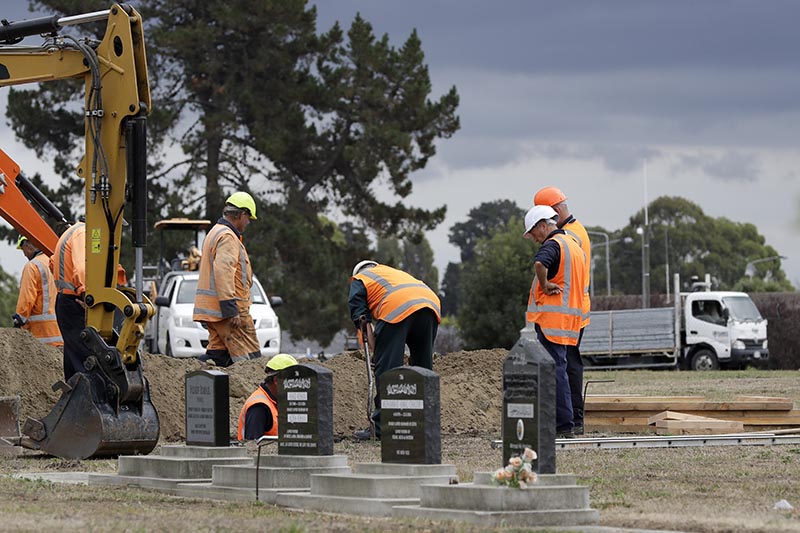 Workers dig graves at a Muslim cemetery in Christchurch, New Zealand, on Saturday, March 16, 2019, for victims of a mass shooing at two area mosques. Photo: AP 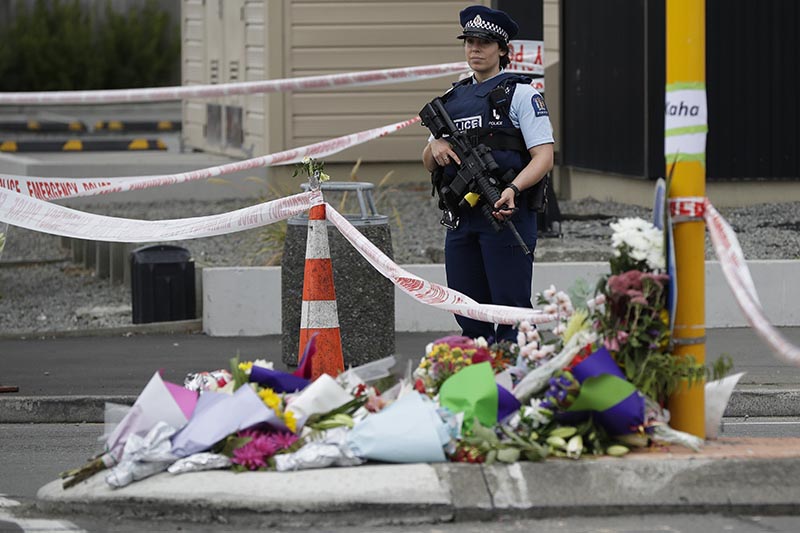 Police stand by makeshift memorial near the Linwood Mosque in Christchurch, New Zealand, on Saturday, March 16, 2019, where one of the two mass shootings occurred. Photo: AP

Police Commissioner Mike Bush confirmed Tarrant was involved in both shootings but stopped short of saying he was the sole gunman.

During the Saturday morning hearing, a man who was not in court was charged with using writings to incite hatred against a race or ethnicity, but it was not clear if his case was related to the mosque attacks.

"We appear to primarily dealing with one primary perpetrator, but we want to make sure that we don't take anything for granted in ensuring New Zealanders' safety," Ardern said.

New Zealand, with a population of 5 million, has relatively loose gun laws and an estimated 1.5 million firearms, or roughly one for every three people. But it has one of the lowest gun homicide rates in the world. In 2015, it had just eight gun homicides.

Ardern said Tarrant was a licensed gun owner who had legally bought the five guns used in the crimes.

"I can tell you one thing right now, our gun laws will change," Ardern said.

She did not offer too much detail, but said a ban on semi-automatic weapons would be looked at. Neighboring Australia has virtually banned semi-automatic rifles from private ownership since a lone gunman killed 35 people with assault rifles in 1996.

Before Friday's attack, New Zealand's deadliest shooting in modern history took place in 1990 in the small town of Aramoana, where a gunman killed 13 people following a dispute with a neighbour.

The prime minister said 39 survivors remained in hospital on Saturday with 11 critically wounded. But the news was trickling down slowly, and many were still waiting for news of their loved ones.

Outside one of the two mosques, 32-year-old Ash Mohammed pushed through police barricades on Saturday in hopes of finding out what happened to his father and two brothers, whose cellphones rang unanswered. An officer stopped him.

"We just want to know if they are dead or alive," Mohammed told the officer.