Iran on 'wrong side of law': IAEA 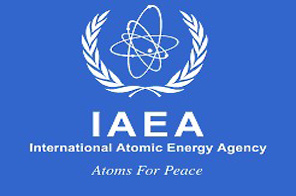 NEW DELHI: The head of the UN's nuclear watchdog said in remarks published Wednesday that Iran was "on the wrong side of the law" by not declaring its second uranium enrichment plant when construction began. His comments came a day before crucial talks with Iran in Geneva amid growing concern about the covert build-up of its nuclear programme, with world leaders seeking guarantees that Tehran's nuclear plans are only peaceful.
"Iran has been on the wrong side of the law in so far as the IAEA regulation to inform the agency at an earlier date," Mohamed ElBaradei, director of the UN's International Atomic Energy Agency, told Indian TV channel CNN-IBN.
"Iran was supposed to inform us on the day it was decided to construct the facility. They have not done that," ElBaradei said in a transcript on the channel's website.
European Union foreign affairs chief Javier Solana will conduct the Geneva talks with the Iranian nuclear negotiator Saeed Jalili, along with senior officials from Britain, China, France, Germany, Russia and the United States.
Iran's atomic energy chief Ali Akbar Salehi has said he is ready to discuss concerns about its previously undisclosed second enrichment plant, but he has ruled out a freeze on enrichment.
ElBaradei, speaking on a trip to New Delhi, said that Salehi had told him the plant was far from complete and was "just ready in term of cables and construction." But the IAEA head described Iran's failure to disclose the new facility as "a setback to the principle of transparency" and said UN inspectors had to visit the site as soon as possible to assess if it was for peaceful purposes.

#Iran on 'wrong side of law': IAEA
You May Also like: