Iran to give details on nuke-fuel plan 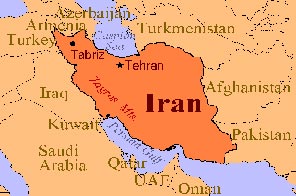 TEHRAN: Iran said on Friday it is preparing to give more details on its response to international proposals for supplying nuclear fuel and expects more negotiations, even as Washington warned the time for talking is over.

Foreign Minister Manouchehr Mottaki said Iran would give the additional details to the UN nuclear watchdog following the initial response it gave to the proposals from three major powers on October 29.

"We have some more details which we have to give to the International Atomic Energy Agency," state television quoted him on its website as saying.

"We have three options -- enrich the fuel ourselves, buy it directly or exchange our uranium for fuel," he said.

"They (the IAEA and the major powers) have to choose from these options. Given the need of Iran to have the fuel, my view is that they will accept another round of discussions."

Mottaki's suggestion of further talks came despite a warning from US Secretary of State Hillary Clinton on Thursday that Washington's patience at Tehran's failure to give its definitive response was beginning to wear thin.

She called on Iran to accept unamended the proposals drawn up by the IAEA after talks it held with France, Russia and the United States.

"As I have said, this is a pivotal moment for Iran, and we urge Iran to accept the agreement as proposed," Clinton told reporters.

"We will not alter it, and we will not wait forever," she said.

The proposals call for Iran to ship most of its stocks of low-enriched uranium abroad for further enrichment in Russia and conversion by France into fuel for a research reactor in Tehran.

They are aimed at allaying Western concerns that Iran could otherwise divert some of the reserves and enrich them further to the much higher levels of purity required to make an atomic bomb, an ambition Tehran strongly denies.

Iran had been due to give its response to the proposed deal by October 23 but it gave only an initial reply last month, which Iranian media say requested changes to the pace at which it ships out the uranium.

In his sermon at the main weekly Muslim prayers in Tehran on Friday, hardline cleric Ahmad Khatami asked what guarantee Iran had that it would get the fuel it needs if it shipped out a full 75 percent of its stocks as proposed under the plan.

"What guarantee do we have that if we deliver our enriched uranium, we will get the fuel?" he asked.

"If they want to harm our rights, our response will be to enrich the fuel ourselves."

Khatami warned that Iran's readiness to engage in talks with the United States on its nuclear programme was not unconditional.

President Barack "Obama's recent declaration that Americans do not intervene in Iranian events is a lie because the United States and its national media do interfere," he said.

"Unless the Americans give up their oppressive behaviour, Iran will not have satanic negotiations."

Khatami was referring to the "Great Satan" tag applied to Washington by the Islamic regime for years before the opening of direct talks on the nuclear issue earlier this year.

In comments before the prayers, the head of parliament's foreign policy and national security committee, Alaeddin Boroujerdi, took a slightly more conciliatory line.

He welcomed the fact that Western powers had made nuclear fuel proposals that, by accepting Iran's past enrichment of uranium, effectively broke with repeated ultimatums from the UN Security Council to suspend the sensitive process, which were backed up with three sets of UN sanctions.

"The proposal about the exchange of uranium basically shows that they have rejected the policy of confrontation in favour of interaction with Iran," he told Iran's official IRNA news agency.

But he added: "Uranium enrichment and nuclear technology are our absolute rights which cannot be taken away.

"The Supreme National Security Council and the president will take a decision on this issue."

#Iran to give details on nuke fuel plan
You May Also like: