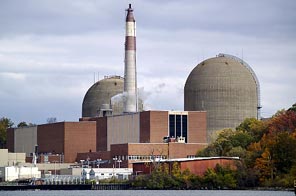 TEHRAN: Iran wants more talks on how to procure nuclear fuel for a Tehran reactor before it gives a final reply to a UN-drafted deal, the official IRNA news agency said on Friday.

UN atomic watchdog, the International Atomic Energy Agency (IAEA), said on Thursday it has received an "initial response" from Iran to the deal, but IRNA said it was not Tehran's "answer" to the plan brokered by the agency.

"The Islamic republic only announced its positive view to the negotiation and has said it is ready to have negotiations based on its technical and economic considerations regarding how to procure fuel for the Tehran reactor," IRNA said, quoting an unnamed informed source.

IRNA also indicated that Tehran's message to the IAEA was "not an answer to the draft agreement," adding that Iran would announce its full position after further negotiations.

World powers have been waiting for a response from Tehran for the IAEA-drafted deal which proposes to ship out Iran's low-enriched uranium (LEU) abroad for converting into fuel for a Tehran reactor.

But IRNA reported that Iran was expected to insist it will give its LEU at the same time when it receives the fuel for the Tehran reactor. The report did not offer details.

Western powers are backing the plan for the reactor, which is an internationally-supervised facility.

Another plus for them is that the deal takes out Tehran's LEU which they feel Iran could enrich to high levels and use to make atomic weapons, a charge which the Islamic republic denies.

Iran was initially to give its response to the deal by October 23.

US Secretary of State Hillary Clinton said Friday the United States was still trying to determine the extent of Iran's initial response delivered to the IAEA.

"We are working to determine exactly what they are willing to do, whether this was an initial response that is an end response or whether it's the beginning of getting to where we expect them to end up," Clinton told CNN television.

Clinton said the United States was "seeking clarification" on Iran's response, while France demanded that Iran make a formal written response to the UN-drafted deal.

Iranian media say that Tehran is still seeking some changes to the fuel supply proposals.

#Iran wants more talks on fuel deal: IRNA
You May Also like: