JAKARTA: Nearly 175,000 people remain displaced in Indonesia’s capital Jakarta and nearby towns, after flash floods and landslides killed at least 53 people, amid some of the heaviest rain since records began, authorities said on Saturday.

Data from the disaster mitigation agency showed 173,064 residents remain evacuated from their homes on Saturday, after the deadliest flooding in years caused chaos in parts of Southeast Asia’s biggest city, with train lines blocked and power outages in some areas. 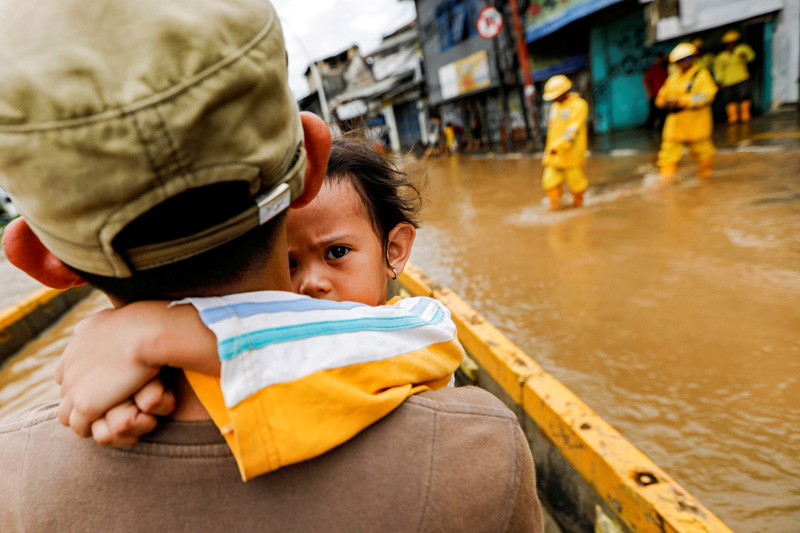 A girl is carried by her father across floodwaters in the Jatinegara area after heavy rains in Jakarta, Indonesia, January 2, 2020. Photo: Reuters 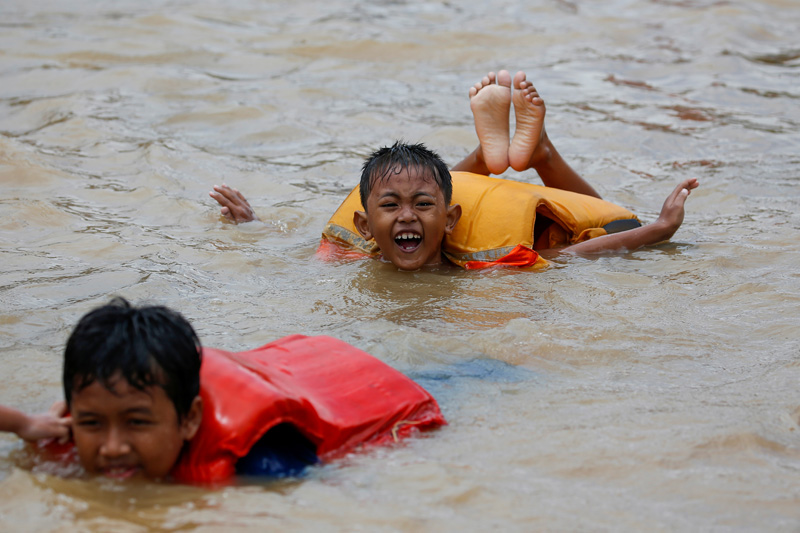 Children play in the floodwaters at the Jatinegara area after heavy rains in Jakarta, Indonesia, January 2, 2020. Photo: Reuters 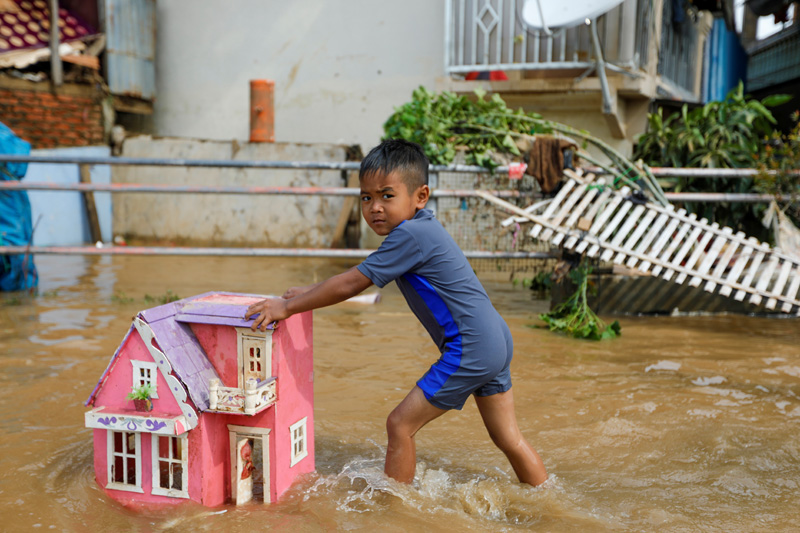 A boy pushes a toy house as he plays in floodwaters after heavy rains in Jakarta, Indonesia, January 2, 2020. Photo: Reuters 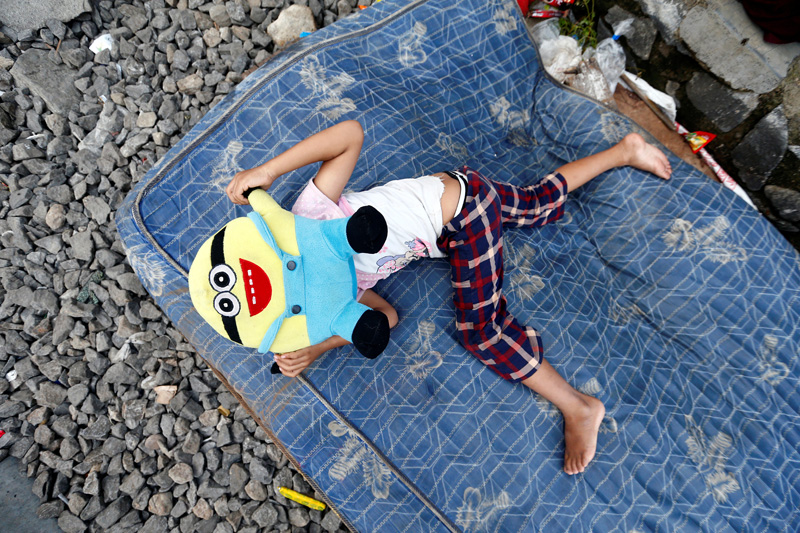 A child covers his face with a doll at a temporary shelter after floods in Jakarta, Indonesia, January 3, 2020. Photo: Reuters 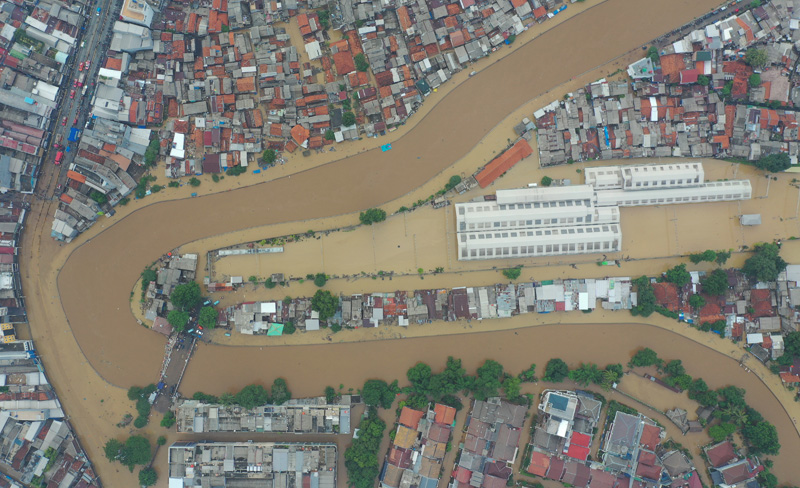 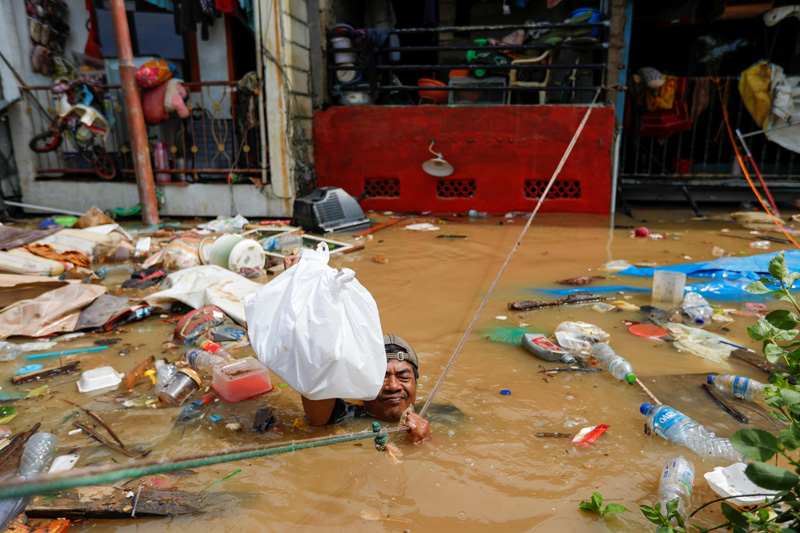 A man hangs on a rope as he distributes food at an area affected by floods after heavy rains in Jakarta, Indonesia, January 2, 2020. Photo: Reuters

Swathes of Jakarta and nearby towns were inundated after heavy rain fell on Dec. 31 and into the early hours of New Year’s Day.

The deluge at the start of 2020 was "one of the most extreme rainfall" events since records began in 1866, the Meteorological, Climatological and Geophysics Agency (BMKG) said on Friday.

The agency said climate change had increased the risk of extreme weather and warned that heavy rainfall could last until mid-February, with Jan. 11-15 an expected peak.

Television footage showed flood waters inundating parts of Jakarta and mud-covered cars, some piled on top of each other.

Jakarta and its surroundings are home to more than 30 million people. More than 50 people died in one of the capital’s deadliest floods in 2007 and five years ago much of the centre of the city was inundated after canals overflowed.