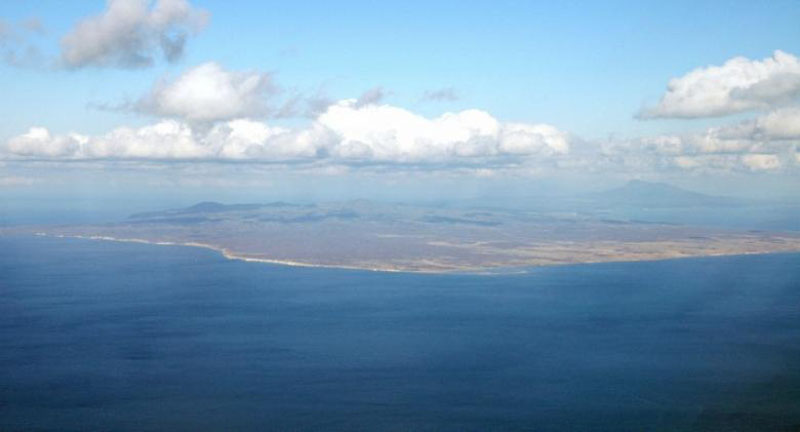 File - An aerial view shows Kunashiri Island, one of four islands known as the Southern Kuriles in Russia and Northern Territories in Japan, is seen in this photo taken in 2005. Photo: Reuters
A Japanese foreign ministry spokesman said on Monday that Tokyo was not discussing with Moscow the joint administration of disputed islands held by Russia in the hope of unblocking an issue that has bedevilled their relations for 70 years. The Nikkei business daily reported on Monday that Japan was considering joint administration of the islands and that Prime Minister Shinzo Abe hoped to convince Russian President Vladimir Putin when they meet on Dec. 15 in Japan to begin negotiations on the proposal. The paper cited unidentified Japanese and Russian government sources. The dispute over the four islands north of Japan's Hokkaido has prevented Tokyo and Moscow signing a peace treaty formally ending the war they fought with each other in World War Two. "We deny the Nikkei report that Japan and Russia are discussing the joint administration of the Northern Territories," Japanese foreign ministry spokesman Yasuhira Kawamura told Reuters in an email, referring to the islands off Hokkaido known in Russia as the Southern Kuriles. "There is no change in Japan's fundamental position that Japan will conclude the peace treaty with Russia by resolving the issue of the possession of the four northern islands." A Japanese ruling party source told Reuters that a proposal such as that reported by Nikkei was not very realistic. Japan has long demanded that the sovereignty of all the territories be resolved before a peace treaty is signed, but some politicians and experts have said Abe may alter course. Last month, Abe told parliament: "I will resolve the territorial issue, end the abnormal situation in which no peace treaty has been concluded even 71 years after the war, and cultivate the major possibility of Japan-Russia cooperation in areas such as the economy and energy." The newspaper said Tokyo hoped to negotiate a return of the two smaller islands while adopting joint control of two larger islands. Japan's position has been to assert its sovereignty over all of the disputed islands, but Russia regularly cites a 1956 joint declaration, never put into effect, that stipulates the return of the two smaller isles to Japan.
#Russia #Shinzo Abe #Disputed Russian-held isles #Japanese foreign ministry #The Nikkei business daily #Kunashiri Island
You May Also like: