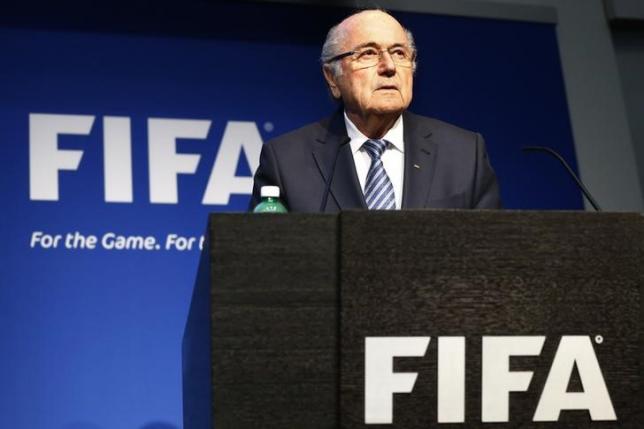 OSLO: The Nobel Peace Centre in Oslo announced Monday that it will end its partnership with football's world governing body FIFA, which has been engulfed by an unprecedented corruption scandal.

FIFA President Sepp Blatter addresses a news conference at the FIFA headquarters in Zurich, Switzerland, June 2, 2015. REUTERS/Ruben Sprich
The Nobel centre and FIFA have been partners in the "Handshake for Peace" initiative between team captains and officials since 2012. "The board of directors asked management to end cooperation with FIFA as soon as circumstances permit," said centre, an offshoot of the Nobel Committee which awards the Nobel Peace Prize. The Nobel statement did not explicitly refer to the accusations of corruption at FIFA that have delivered a body blow to the organisation's prestige. FIFA has been increasingly isolated since May, when a US investigation into the corruption allegations brought charges against 14 people. The scandal spectacularly brought down FIFA boss Sepp Blatter and has also cast doubt on the fairness of the bidding process for the 2018 and 2022 World Cups, to be staged in Russia and Qatar respectively.

On Friday, Interpol pulled out of a 20 million euro ($23 million) deal with the organisation to promote integrity in sport.

And several sponsors -- including Coca-Cola, Adidas, Visa, McDonald's and Hyundai -- have welcomed an announcement by Blatter that he would resign.