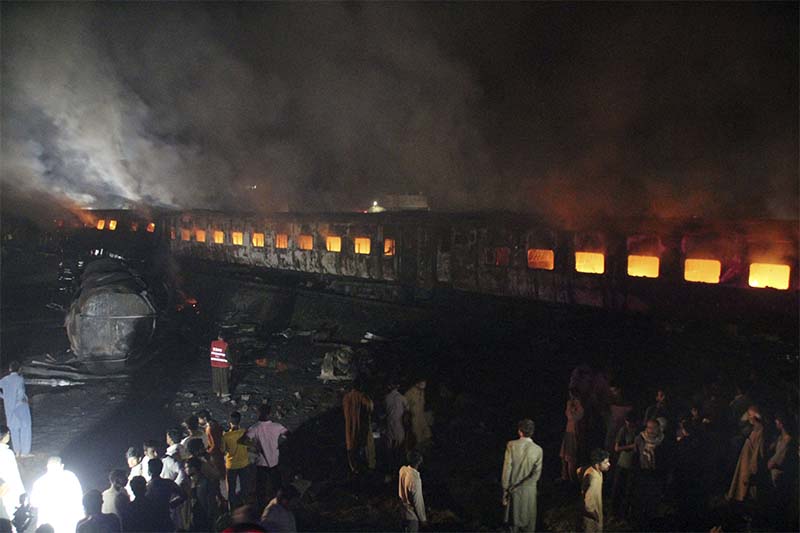 ISLAMABAD: A passenger train collided with an oil tanker truck in eastern Punjab before dawn Tuesday, killing the driver and his assistant and injuring 10 others, officials said.

The crash took place near the eastern city of Shaikhupura, engulfing several of the train's cars in fire, according to Railways Minister Khawaja Saad Rafique.

A senior government official, Arqam Tariq, said the Karachi-bound train left Lahore, the capital of Punjab province, late Monday and collided with the truck, which was stuck on the tracks.

Local television showed that at least five cars and the wrecked engine caught fire. A newlywed couple were among the survivors, while some passengers said they were forced to jump from windows of the train after it caught fire.

Train accidents are common in Pakistan, mainly due to drivers disregarding traffic rules and inadequate facilities at railroad crossings.