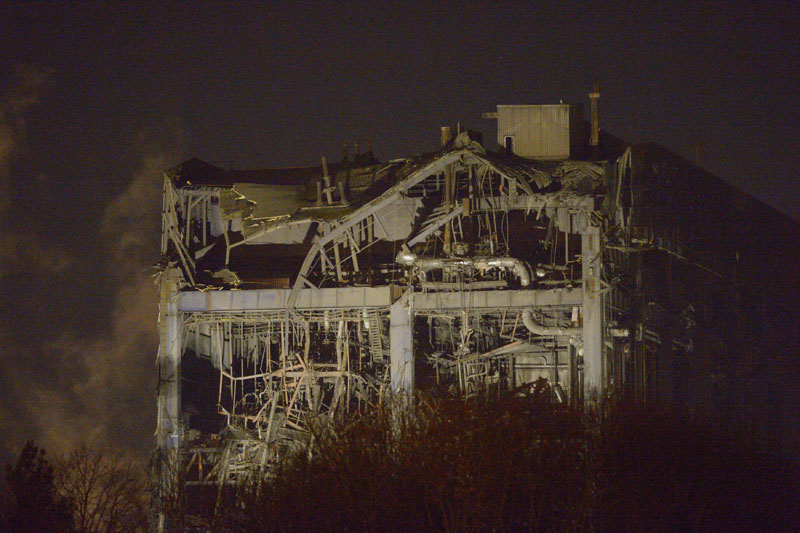 LONDON: Rescue workers with sniffer dogs are searching through a 30-foot (9-meter) mound of rubble for three workers missing since part of a mothballed British power plant collapsed.

One person has died and five are still hospitalised Wednesday after the collapse at Didcot power station, 60 miles (100 kilometres) west of London.

The industrial accident occurred at an old coal- and oil-fueled plant that has been closed since 2013 and is slated for demolition. The facility also houses an operating gas-powered plant.

Owner Npower said part of the old power station collapsed while a demolition contractor was working on it, sending a huge cloud of dust into the air.

Some 50 people were treated for dust inhalation. The fire service said no hazardous materials were found in the building.

#britain #UK #Power plant collapse
You May Also like: