Russia's task in Syria is to liberate it from terrorists: Kremlin 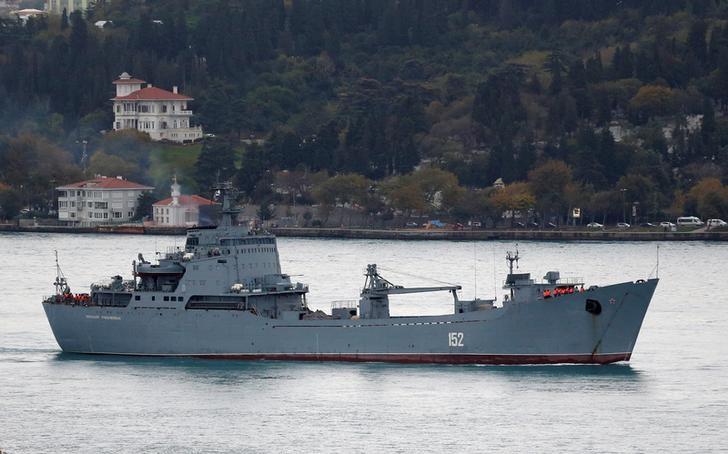 The Russian Navy's landing ship Nikolai Filchenkov sails in the Bosphorus, on its way to the Mediterranean Sea, in Istanbul, Turkey, October 18, 2016. REUTERS

MOSCOW: Russia's task in Syria is to liberate its territory from terrorist organisations and help prevent the country's breakup, Kremlin spokesman Dmitry Peskov said on Saturday.

"A temporary base is not a goal, it's a means to achieve the goal that was declared by the president - to help legitimate Syrian authorities in their fight with ISIS and other terrorist organisations. The Syrian territory must be liberated," Peskov said in an interview for the TV news programme "Vesti on Saturday".

"We need to liberate and do everything possible to prevent the division of the country," he said, adding that he did not see an end to the Syria conflict in the foreseeable future.

"Unfortunately, the information that we receive, it does not give us the opportunity to be careless optimists. It is clear that the world community still has very long and hard work ahead," Peskov said.

#Russia #Syria #terrorist #Dmitry Peskov
You May Also like: