Swiss may let 5,000 people use marijuana legally for studies 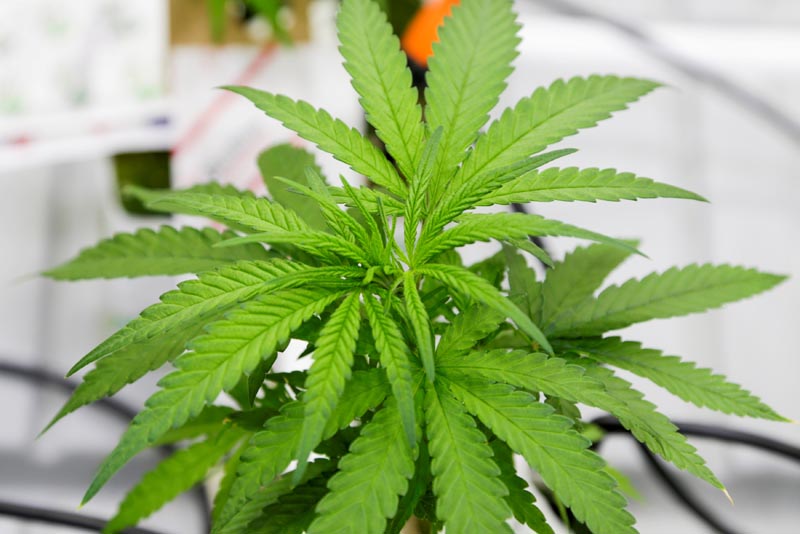 A small marijuana plant grows in a lab in Canada, October 9, 2018. Photo: Reuters/File
ZURICH: Switzerland may let up to 5,000 people smoke marijuana legally in pilot studies to help shape new rules for recreational use of the drug, the government said on Thursday. The cabinet proposed limited pilot projects that may lead to changes in laws banning cannabis that date back to 1951. The plan will be put out for public comment until mid-year, the Federal Health Office said. Switzerland already allows cannabis products of less than 1 per cent THC, the chemical that makes people high. It began last July to explore new ways of regulating more-potent marijuana after the University of Bern was blocked by existing law from undertaking a scientific study. Some 200,000 people in Switzerland use illegal cannabis, the government estimated, despite its criminalisation. "Without undermining the general cannabis prohibition, we need to be able to test new regulation models under the current situation," the government said in a statement. "Cities point to the negative impact of current laws, illegal trade in public places that are increasingly disruptive and makes people feel unsafe, and resource-sapping efforts to curb drug sales in urban areas," it added. "As a result, some cities want to find out how controlled access to cannabis affects its consumption, buying behaviours and the health of participants." Several US states have relaxed restrictions on marijuana, seeing an opportunity to save money on law enforcement and profit from taxing the drug. In Europe, Portugal and the Czech Republic have decriminalised cannabis and Luxembourg is discussing legalisation. The proposed Swiss pilot projects would be limited to cannabis, with only adults who demonstrate that they already use it allowed to participate. The government also plans to make it easier for people to access medical marijuana, but that would be part of a separate process.
#Marijuana #Switzerland #Zurich #Cannabis #Pilot studies
You May Also like: