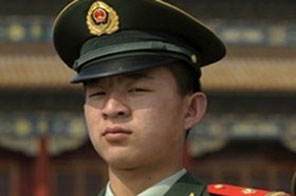 A Chinese court has sentenced a former top supreme court judge to life in prison for taking bribes and other graft charges, a court official and state media said. Source: AFP

BEIJING: A Chinese court sentenced a former top supreme court judge to life in prison on Tuesday for taking bribes and other graft charges, a court official and state media said.

Huang Songyou is the latest top official snared in a stepped-up campaign against corruption, which President Hu Jintao has described as one of the greatest threats to the legitimacy of Communist Party rule.

"He was sentenced today," said a spokesman at the Langfang Intermediate People's Court in the northern province of Hebei, without giving further details.

The official Xinhua news agency said Huang, the former deputy head of the supreme court, had been given a life sentence, his personal property confiscated and his political rights revoked for life.

He had already been thrown out of the ruling Communist Party and the court ruling means he will never again be able to participate in politics or occupy official posts.

The People's Daily, the Communist Party's main propaganda mouthpiece, said in a commentary on its website that the ruling showed corruption would be "severely punished".

"The Langfang Intermediate People's Court's ruling on this issue states resoundingly that courts will not tolerate corruption in the administration of justice, no matter who, or at what level the cadres are," it said.

Also last week, China's former top nuclear power official Kang Rixin, who was sacked in August, was stripped of his party membership and referred by the party to stand trial for abuse of power and corruption, Xinhua reported.

An internal party investigation had found that Kang, former general manager of the China National Nuclear Corporation (CNNC), had "abused his authority, enabled profits for others, and taken huge bribes".

Late last year, the vice president and party chief of state-owned China Mobile was stripped of his posts due to his alleged involvement in "serious economic problems".

Also last year, Li Peiying, the former head of the company that owns Beijing Capital International Airport, was executed after being convicted of bribery and embezzlement totalling nearly 16 million dollars.

The former head of oil giant Sinopec, Chen Tonghai, was sentenced to death in July after being found guilty of corrupt practices.

#Top Chinese judge in Jail
You May Also like: