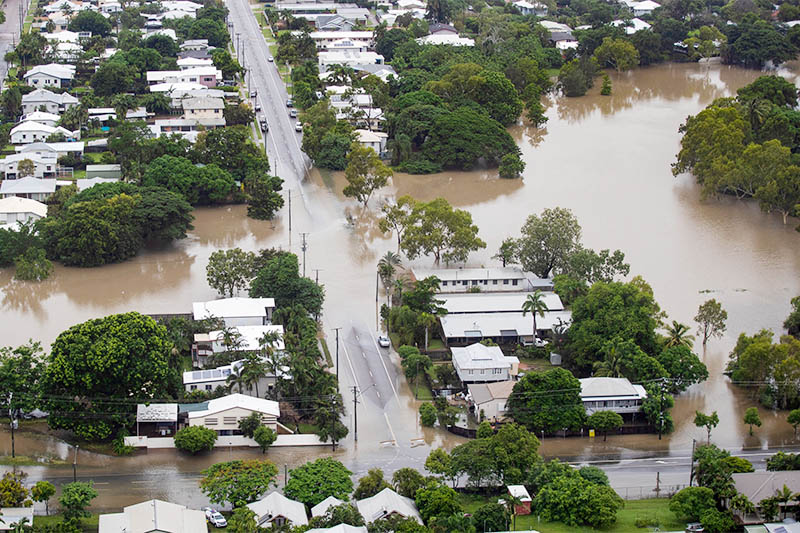 An aerial view shows flood waters in the suburb of Hyde Park, Townsville, North Queensland, Australia, February 4, 2019. Photo: Reuters
SYDNEY: Australian authorities pulled the bodies of two men from a storm water drain during cleanup efforts after catastrophic flooding in the northeastern state of Queensland, police said on Tuesday. Days of severe rainfall in the town of Townsville caused insurance losses estimated at more than A$45 million ($32.63 million), industry figures show, while weather officials have warned that heavy showers could continue in some areas. "The bodies were found around midday and have been identified," police said in a statement, without revealing the cause of death. More than 1,100 people had to be evacuated on Monday after authorities opened the dam gates of overflowing rainwater reservoirs. Crocodiles were even spotted in suburban streets, pictures on social media showed. "As the waters recede here and we start to move from the response phase to the recovery phase, there will be big shocks for the community," Prime Minister Scott Morrison told reporters in Townsville. "As they return to their homes, as they assess the damage to their homes; yes, there’s the physical loss, but there is also the mental shock and just coming to terms with it."
#Queensland #Australia flooding
You May Also like: