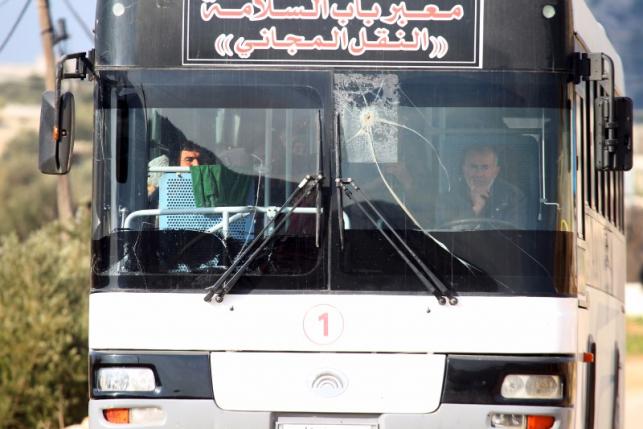 UNITED NATIONS: Several United Nations Security Council members pressed Russia on Wednesday to stop bombing around Syria's Aleppo in support of a Syrian military offensive and allow humanitarian access ahead of a crucial meeting of major powers in Germany on the conflict.

The 15-member Security Council met behind closed doors to discuss the situation after the UN warned that hundreds of thousands of civilians could be cut off from food if Syrian government forces encircle rebel-held parts of Aleppo.

"Russia's air strikes have been a direct cause of this crisis around Aleppo," New Zealand's UN Ambassador Gerard van Bohemen told reporters after a briefing by UN aid chief Stephen O'Brien. New Zealand and Spain requested the meeting.

International powers, including Russia, the United States, Saudi Arabia and Iran, are due to meet on Thursday in Munich in a bid to resurrect Syrian peace talks. But diplomats have little hope for negotiations as long as the Russian-backed offensive continues. Rebels say they will not attend unless the bombing stops.

"The (Syrian) regime and its allies cannot pretend they are extending a hand to the opposition while with their other hand they are trying to destroy them," French UN Ambassador Francois Delattre told reporters.

"They rather crudely use humanitarian matters in order to play, we believe, a destructive role as far as the political process is concerned," said Churkin, adding that given the heightened interest in humanitarian issues, the council should also start regularly discussing Yemen and Libya.

New Zealand's van Bohemen described the situation in Aleppo as the "most dramatic and devastating situation within the council right now" and said he was not impressed with Churkin's attempt "to divert attention from that."

Britain's UN Ambassador Matthew Rycroft said he hoped Russia would present "concrete ideas" at the Munich meeting that would lead to a ceasefire in Syria and humanitarian aid access.

Churkin said Russia had been discussing a possible Syria ceasefire and humanitarian issues with the United States. He declined to elaborate.

"We hope that the meeting tomorrow in Munich will help pave the way for a speedy resumption of the (Syria peace) talks," he said.

Syria's five-year civil war has taken more than 250,000 lives and driven about 11 million people from their homes.

#Russia #UN Security Council #Aleppo
You May Also like: