US ready for threat from NKorea 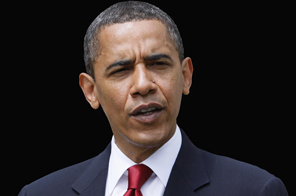 WASHINGTON: With North Korea reportedly getting ready for a long-range missile test, President Barack Obama says the U.S. is prepared for any threat the secretive and unpredictable regime might pose.

Japanese media have reported Pyongyang appears to be preparing for a long-range test around July 4 and Defense Secretary Robert Gates has ordered additional protections for Hawaii in case a missile is launched over the Pacific Ocean.

"This administration — and our military is fully prepared for any contingencies," Obama said during an interview with CBS News' Harry Smith. The interview was taped Friday for broadcast Monday on "The Early Show."

"I don't want to speculate on hypotheticals," Obama said. "But I want ... to give assurances to the American people that the t's are crossed and the i's are dotted in terms of what might happen."

Defense Undersecretary Michele Flournoy was en route to Beijing to meet with Chinese officials about the ongoing tensions in the region over North Korea's missile and nuclear weapons programs.

North Korea's main newspaper, Rodong Sinmun, said Monday it was "nonsense" to say the country was threatening the United States. The paper warned that Pyongyang was prepared to strike back if attacked.

"As long as our country has become a proud nuclear power, the U.S. should take a correct look at whom it is dealing with," the paper said. "It would be a grave mistake for the U.S. to think it can remain unhurt if it ignites the fuse of war on the Korean peninsula."

A senior U.S. military official told The Associated Press on Friday that a Navy ship, the USS John S. McCain, was relatively close to the North Korean vessel but had no orders to intercept it and had not requested that authority. The official spoke on condition of anonymity because of the sensitive issue of ship movements.

The Navy ship, a guided missile destroyer, is named after the grandfather and father of Arizona Sen. John McCain. Both were admirals.

Sen. McCain, who lost the 2008 presidential election to Obama, said Sunday that the U.S. should board the Kang Nam even without North Korean permission if hard evidence shows it is carrying missiles or other cargo in violation of U.N. resolutions.

"I think we should board it. It's going to contribute to the proliferation of weapons of mass destruction to rogue nations that pose a direct threat to the United States," McCain said on CBS' "Face the Nation."

The Kang Nam is reportedly the first North Korean vessel to be tracked under new U.N. sanctions.

Obama said Friday that those sanctions demonstrate "unity in the international community," including Russia and China.

"What we're not going to do is to reward belligerence and provocation," Obama told CBS.

#US ready for threat from NKorea
You May Also like: