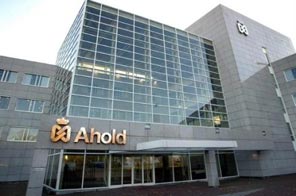 The group's net sales rose 4.3 percent in the quarter to 6.04 billion euros, or 2.6 percent at constant exchange rates, it said in a statement.
"To continue to provide value to our customers, we have launched a new 350-million-euro cost reduction program for the three years ending in 2012," chief executive officer John Rishton said.
"This program will focus on all aspects of our business, including store expenses, supply chain, and overhead across the group. Separately, we will deliver additional sourcing cost savings over the same period."
Ahold's earnings before interest and tax (EBIT) rose by 1.5 percent to 265 million euros -- slightly above the prediction of 263 million euros by analysts polled by Dow Jones Newswires.
"We have again delivered solid results in a challenging environment. Volumes grew in all markets with good sales performance in the US," said Rishton.
Ahold's American chains Stop and Shop and Giant-Landover recorded an operating income of 189 million dollars, up 13.2 percent from a year ago.
In the Netherlands, its Albert Hein supermarkets made an operating income of 147 million euros in the third quarter, a rise of five percent.
The Albert and Hypernova chains in the Czech Republic and Slovakia recorded an eight percent drop in net sales and a 21 million operating loss due to store closures as part of a restructuring programme.
For the first nine months of the year, Ahold's 629-million-euro net profit was 20.8 percent lower than in the corresponding period last year, the statement said.

#Ahold sees 22 percent profit rise in Q3
You May Also like: