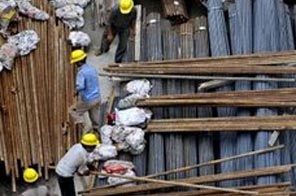 SYDNEY: China has concluded its commercial espionage investigation into an executive with mining giant Rio Tinto, but was yet to determine whether he would face trial, Australia said on Monday.
Australian passport-holder Stern Hu was arrested in Shanghai in July with three Chinese colleagues and initially accused of stealing state secrets.
The accusations were later watered down to industrial espionage, centring on alleged bribery during high-stakes iron ore contract talks.
"Today they (Chinese authorities) informed our Shanghai Consulate-General that the investigation phase has concluded," a spokeswoman for the Department of Foreign Affairs and Trade said.
"The case is now in the hands of the Shanghai People's Procuratorate (prosecutor) who will decide whether it should be brought to trial."
The official said it was not possible to say how long the case would remain with prosecutors or speculate on the outcome of the case.
"Details of the actual charges are not likely to be known until the prosecutors have made their decision on whether the case should proceed to trial," she said.
"The Australian government continues to take a close interest in the case."
Hu's arrest soured diplomatic relations with Australia and raised questions about dealing with rapidly industrialising China, the world's biggest iron ore consumer.
It came just weeks after mining giant Rio snubbed a massive cash injection from a Chinese state firm, and during annual iron ore contract talks which later failed.
Hu was detained in Shanghai on July 5 and Chinese prosecutors have gained permission to extend the probe twice, most recently for two months in November.
Two lawyers involved in the case told AFP that they had not yet been informed of the development, and that police were not obliged to do so.
Zhai Jian, the attorney for one of the three Chinese employees, Ge Minqiang, said they would have been informed if the probe had been extended. He said he had not yet been notified of a timetable for prosecution.
When asked whether the charge against the four was still industrial espionage, Zhang Peihong, lawyer for Wang Yong -- another of the Chinese employees -- said: "We don't know for now."
Rio, an Anglo-Australian company, has said it does not believe its employees have done anything wrong.
"This transfer is the next stage in a continuing legal process under Chinese law," said the company's iron ore chief executive Sam Walsh.
"It would not be appropriate for the company to comment any further at this point in the case other than to reaffirm our hope that matters proceed in an expeditious and transparent manner."
Ahead of the announcement, Australia's Trade Minister Simon Crean called on the Chinese authorities to deal with Hu's case quickly.
The minister said he was satisfied that Hu was being treated well and receiving appropriate representation in jail.
"In all of the report backs we've had from the consular visits, he is in good health," Crean said. "He's obviously anxious about the future, you can understand that, he's being looked after well and he has been getting regular access to his legal representatives."
The world's second-largest producer of iron ore, Rio's chief export market is fast-industrialising China. Hu had been the company's lead negotiator in fraught iron ore price negotiations at the time of his arrest.
In November, Rio said China could be priced differently from other iron ore markets in 2010, as it warned that "unfair" prices would make talks difficult.
Rio has long been a backer of the decades-old benchmark system, under which the first price agreed between a miner and steelmaker becomes an industry standard for the next 12 months.

#China ends espionage probe against Rio exec
You May Also like: