“We decided to scrap this provision because it is mandatory for Nepalis leaving the country for overseas employment through formal channel to purchase foreign employment policies. This means involvement of agents is not necessary for sales of these policies,” IB Director Shreeman Karki told The Himalayan Times.

Although the policy’s coverage jumped by 100 per cent, the premium cost was raised by only 65 per cent at that time. Now with the decision to scrap the provision on agent commission, the financial burden added to foreign job-seekers following hike in coverage amount has gone down. 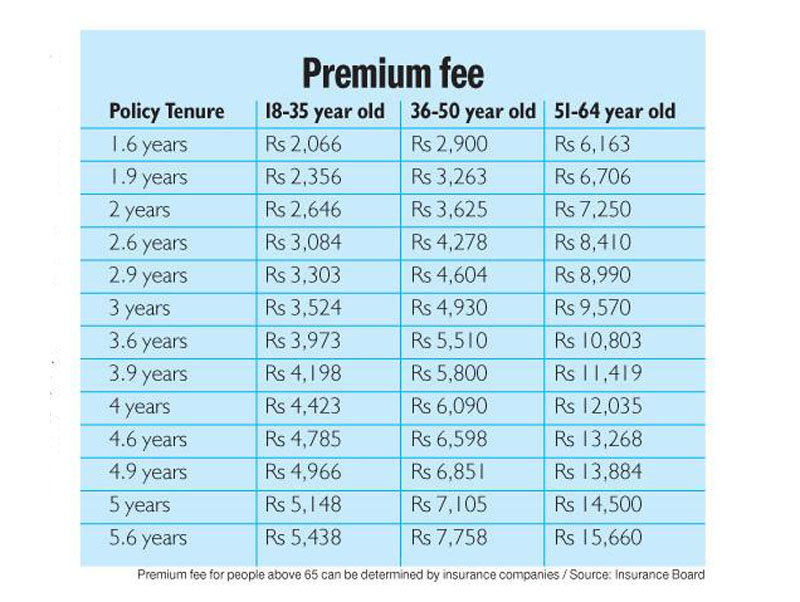 As per the new policy rates, foreign job-seekers aged 18 to 35 will have to deposit one-time premium of Rs 2,646 to purchase a policy with a tenure of two years. These premium fees differ based on age of foreign job aspirants and the tenure of the policy.

Policyholders can also claim for compensation in the range of four per cent to 50 per cent of the sum insured of Rs one million if they lose or there is substantiate impairment of movement in various body parts.

On top of these compensation amounts, foreign employment policies also entitle policyholders to another Rs 200,000 for loss of income due to death or workplace injuries.

#Insurance Board #foreign employment #IB #insurance policies
You May Also like: