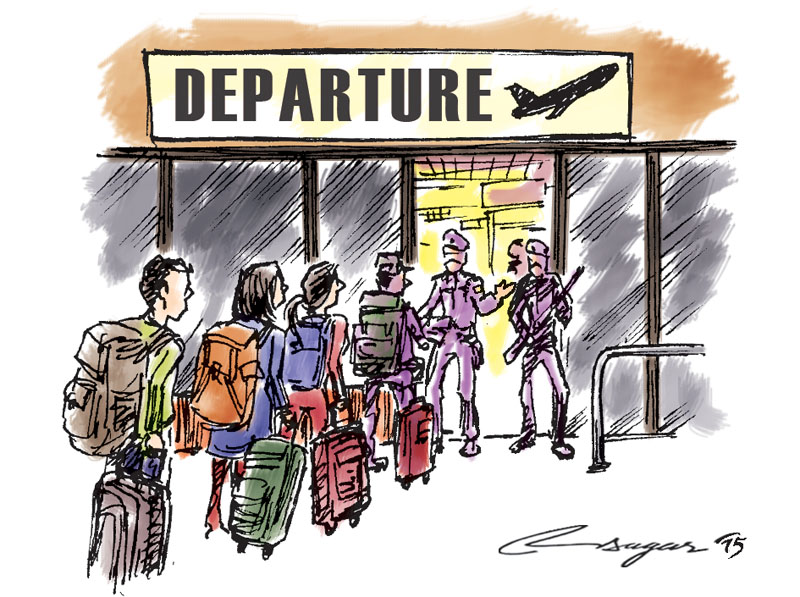 Kathmandu, August 23 A study committee formed by the government to look into improving the work environment for Nepali workers in Afghanistan has submitted its report to Ministry of Labour and Employment with recommendations of various measures to ensure their safety. Concluding that sending labour to Afghanistan is ‘not too risky’, the committee in its report has stressed on the need for recruitment agency or the employer to provide mandatory insurance of the workers, fixing the salary and ensuring accommodation of the workers within the ‘green zone’. Mainly retired security personnel are employed in Afghanistan as security guards in foreign missions, UN agencies and multinational companies, which the government has defined as ‘green zone’. The five-member committee was formed by the government in the wake of a terrorist attack in Afghanistan, in which 12 Nepali security guards employed by the Canadian embassy in the Afghan capital Kabul had been killed. The Nepali security guards who were killed in the terror attack used to reside seven kilometres away from the Canadian embassy and they used to commute from their point of accommodation to the embassy in a bus. Following the incident, the government banned Nepalis from seeking employment in Afghanistan. Nepalis are also barred from working in three other countries — Iraq, Libya and Syria — out of the total 110 labour destinations opened for Nepali workers. After receiving the report last week, the MoLE is now preparing to submit its recommendations to the Cabinet. “The report itself is not decisive in terms of extending or retracting the ban on Afghanistan for job-seekers,” said Bishnu Lamsal, secretary of MoLE. The recommendation will be forwarded to the Cabinet for consideration only after the appointment of minister for MoLE. The Cabinet meeting of June 23 had decided to ban Afghanistan for foreign job-seekers. After that, even those who had come home for a vacation were unable to return to their jobs in Afghanistan. There are 3,323 Nepalis legally working in Afghanistan. The panel formed by the government under the leadership of Joint Secretary of the MoLE Aava Shrestha Karna, comprised charge de’ Affairs of Nepal Embassy in Pakistan Tirtha Raj Aryal, Director General of Department of Immigration Kedar Neupane, Superintendent of Police Prakash Karki and a representative from the Foreign Employment Promotion Board. The committee had held discussions with the foreign missions and UN agencies that have employed Nepali workers and recommended them to provide accommodation in the premises of the offices where the workers provide service. The high pay is one of the major attractions for Nepalis seeking jobs in Afghanistan. Salary and allowance of security guards employed in Afghanistan is in the range of $950 to $3,000 per month. The committee, in its report, has mentioned that if the government decides to continue travel restriction to Afghanistan, foreign job-seekers may seek other illegal channels to go there. This could result in increasing their vulnerability as they will not be able to negotiate for better salary, insurance and accommodation arrangements, as per the report. “The best option would be for government to better regulate Afghanistan as a labour destination,” the report adds.

#Afghanistan #Kabul #foreign job-seekers #Ministry of Labour and Employment #MoLE
You May Also like: