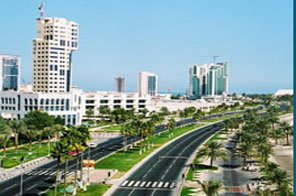 KATHMANDU: Nepali blue-collar workers going abroad has risen since last month— mid-October to mid-November— after a significant fall during the festival season.

According to the Department of Foreign Employment (DoFE), around 18,236 Nepali migrant workers

left for 13 countries last month. The number of Nepalis going overseas was 10,325 during Dashain and Tihar. Last year, 14,528 Nepalis went for overseas jobs during the period.

A sharp fall was noticed in Qatar, a major destination of the Gulf region, between mid-October and mid-November. Around 3,069 Nepalis left for Qatar during the period while the number was 6943 in the same period last year. Gulf countries Saudi Arabia and the United Arab Emirates (UAE) hired 3,630 and 1,215 Nepali workers respectively last month.

Gulf countries — Qatar, Saudi Arabia and the UAE — and Malaysia are major destinations of Nepali workers. Over 80 per cent of 2.6 million Nepali workers are working in those countries. Lebanon (421), Libya (243), Bahrain (121) and Kuwait (73) were other popular destinations between mid-October to mid-November.

The number of people leaving for overseas jobs on individual contracts rose last month. Around 4,636 Nepalis left for more than four dozen countries between mid-October to mid-November which was 15.35 per cent more than previous month’s 3,924.

According to DoFE, 2,307 Nepalis left for foreign jobs during the same period of last year.

Qatar tops in foreign employment ladder on individual contract with 2,165 Nepalis hired last month. The UAE is in second place — hiring 1,113 Nepalis. Israel hired 60 Nepalis during the period on an individual basis. Israel has stopped hiring Nepali workers through outsourcing agencies since April 24. Around 1,000 Nepalis who had applied for Israeli visa are affected by Israel’s ban decision.

#More outbound workers going after fest season
You May Also like: