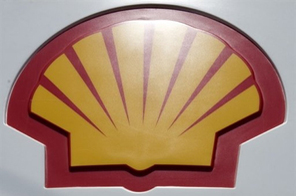 Anglo-Dutch oil group Shell said Friday it was preparing a blueprint for what could be the first floating liquefied natural gas plant - and the world's biggest vessel - off Australia. Source: AFP

LONDON: Oil prices fell on Friday as the International Energy Agency warned that oil demand was "in the doldrums" and forecast that prices would next year fail to rise much higher compared with current levels.

New York's main contract, light sweet crude for delivery in November dropped 26 cents to 71.43 dollars a barrel.
In London, Brent North Sea crude for November shed 27 cents to 69.50 dollars.
Oil demand is firming but the global market is still weak, trapped in a bull-bear conflict over how a groggy recovery from the global crisis will affect energy consumption next year, the International Energy Agency said on Friday.
Pointing to an oil price of about 75 dollars a barrel next year, the IEA warned that immediate oil demand was "in the doldrums."
However, the rate at which demand was shrinking was "clearly falling" and demand in the fourth quarter would probably show an increase over 12 months, it said.
Demand for oil has plunged amid the world economic downturn, the most severe since the 1930s. Oil prices tumbled from historic highs of more than 147 dollars in July 2008 to about 32 dollars in December because of the global recession but have since won back ground on recovery hopes.
Oil prices had closed up more than two dollars a barrel on Thursday as investors sought refuge in commodities amid a weakening dollar and as economic recovery won a lift in the United States, traders said.

#Oil prices drop with demand 'in doldrums'
You May Also like: