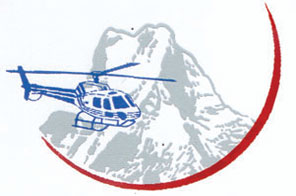 POKHARA: Nepal Tourism Year 2011 is approaching near, and Tara Air has started mountain flights with a Pilates Porter. It said it launched the flight to provide sightseeing facility to tourists so that they could feel the beauty of the mountains and the scenery of Pokhara. Tourists can see the beautiful ranges of Dhaulagiri, Annapurna and Manaslu mountain ranges within five minutes after the aircraft taking off from Pokhara airport.
Tourism entrepreneurs said the scheme would prolong the stay period of tourists. The airlines had kept a Pilates Porter in Pokhara for mountain flight. Airlines staffer Manjari Shrestha said the company has plans to add one more Pilates Porter shortly. The airline has already started mountain flights from Kathmandu. According to Tara Air, it could add more aircraft if the demand for mountain flights increases. The tourism entrepreneurs are also become happy after the airlines started the mountain flights. Nepal Tourism Board former member Basudev Tripathi said it was good chance to introduce the locality to tourists from close quarters. He opined that it would promote the tourism trade of the area. Sharing his experience of the mountain flight, Tripathi said,’’ We saw not only the beauty of the eastern part of Kaski but also enjoyed the view of Annapurna and Manaslu ranges from very near.’’
Nepal Tours and Travel Agents’ Association western region coordinator Pashupati Sharma opined that the airlines should continue the mountain flight by fixing reasonable price for domestic and foreign tourists. He added,’’A bad message would be conveyed if the service is halted in the middle. So, the airlines should give continuity to it.’’ Captain of Tara Air Prafulla Baidhya informed that the Air craft is very safe. Seven people can fly in the Pilates at once. Baidhya said that it was convenient not only for taking photographs but for skydiving also. He said that they can operate rescue flights in nearby areas also. Tara Air chief Ram Lamichhane said the airline would also operate charter flights to Langtang, Jomsom, Dolpa, Baglung, Dhorpatan and Manang aside from other areas. The travellers get a breakfast package after each mountain flight. The flight has fixed $140 per person for half-an-hour flight over the mountain ranges and $55 dollar per person for a 15-minute flight for sight seeing Pokhara area for foreign tourists.
Meanwhile, the cost is NRs 5500 for Nepali nationals and Indian nationals for half-an-hour flight and NRs 3500 for a 15-minute flight.

#Tara Air starts mountain flights in Pokhara
You May Also like: