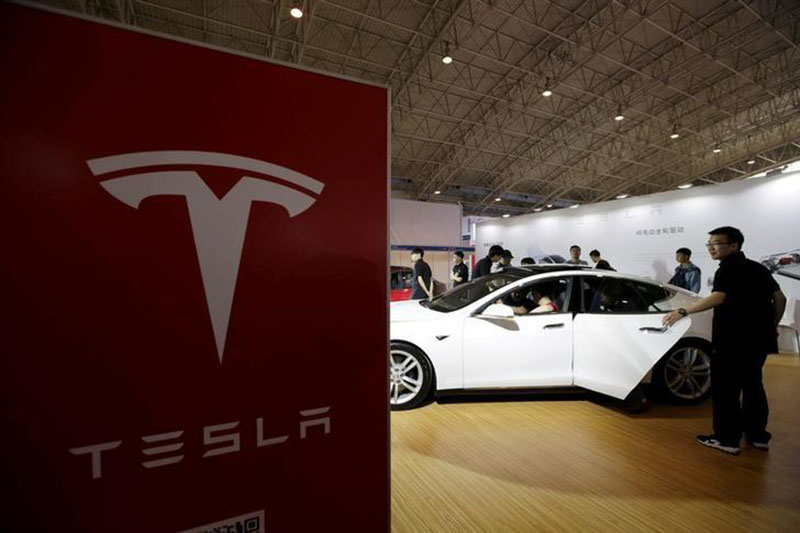 People view a Tesla car during the Auto China 2016 in Beijing, China, on April 25, 2016. Photo: Reuters
Elon Musk's Tesla Motors said it would collaborate with Japan's Panasonic Corp to manufacture solar cells and modules in New York. Under the agreement, which is a non-binding letter of intent, Tesla said it will use the cells and modules in a solar energy system that will work seamlessly with its energy storage products Powerwall and Powerpack. The Japanese company is already working with the US automaker to supply batteries for the Model 3, its first mass-market car. Panasonic is expected to begin production at the Buffalo facility in 2017 and Tesla intends to provide a long-term purchase commitment for those cells, Tesla said in a statement, adding the agreement is contingent on shareholders' approval of its acquisition of SolarCity. Last week Tesla and SolarCity Corp shareholders agreed to vote on the proposed merger on November 17, and the automaker said it would provide plans for the combined company ahead of the vote.
#SolarCity Corp #solar cells #Elon Musk's Tesla Motors #Japan's Panasonic Corp #solar cells production
You May Also like: