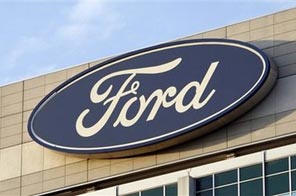 In this Oct. 26, 2009 photo, the Ford logo is seen on the automaker's headquarters in Dearborn, Mich. Workers at two more United Auto Workers locals overwhelmingly rejected changes to their contract with Ford Motor Co. on Thursday Oct. 29, 2009, casting further doubt on whether the deal will be approved. Source: AP

DETROIT: Workers at two more United Auto Workers locals overwhelmingly rejected changes to their contract with Ford Motor Co. on Thursday, casting further doubt on whether the deal will be approved.

An exact count of the votes so far was not available Thursday night, but at least eight UAW locals representing about 12,500 workers have voted down the deal, many overwhelmingly. Only about four locals with a total of 7,000 members have favored the pact.

Ford sought the deal to bring its labor costs in line with Detroit rivals Chrysler Group LLC and General Motors Co., both of which won concessions from the union as they headed into bankruptcy protection earlier this year. If it fails, the Dearborn-based automaker will have higher labor costs than competitors and therefore a tougher time consistently turning a profit.

Ford is the only Detroit-area automaker to avoid bankruptcy protection and not take aid from the U.S. government. But it has a far higher debt load than Chrysler and GM, and higher labor costs could hurt efforts to make a comeback.

Friday likely is a key day of voting on the agreement, with large locals at factories in Louisville, Ky., and Dearborn, Mich., to finish up balloting. The Louisville local has roughly 5,000 workers, while the Dearborn local has about 8,000 who work for Ford. Some elected leaders of the Dearborn local have opposed the pact, and the local is the center of the opposition.

Ford has a total of 41,000 workers represented by the UAW in the United States.

Rocky Comito, president of the Louisville local, said the vote was too close to call at this point.

"It's a mixed bag," Comito said Wednesday. "I couldn't call it."

At meetings held to explain the deal, workers objected to a limit on the right to strike and questioned why Ford was seeking further changes now when the union already changed the contract once in February, Comito said. Workers also approved a new contract with concessions in 2007, and made health care concessions in 2005.

The Louisville local is so important that UAW President Ron Gettelfinger campaigned for the agreement there last weekend. He started his career at the local, which represents workers at the Kentucky Truck and Louisville Assembly plants. Both plants have received assurances of future work from the company.

Ford and UAW leaders agreed to make another round of changes to their 2007 labor agreement two weeks ago, bringing Ford in line with labor cost cuts already agreed to at GM and Chrysler. But workers must ratify the changes for them to go into effect.

Workers would get a $1,000 bonus if the deal is ratified, but the proposal also would freeze entry-level wages and require some skilled-trades workers to do more than one job. The union also agreed not to strike Ford if the two sides disagree on wage or benefit increases, although the UAW could still strike over other issues.

Gettelfinger has said that the deal saves 7,000 union jobs with new product commitments at several assembly plants that also will help factories that make auto components.

"The membership has spoken," Mark Caruso, president of the 1,800-member Saline local, said shortly after his members rejected the deal. The Saline plant, now in a holding company set up by Ford for plants it is preparing to sell, received a promise of additional work in the latest contract changes.

Voting is scheduled to end by Monday.

#Two more UAW sites vote down Ford concession deal
You May Also like: