Yahoo's deterioration accelerates ahead of a possible sale 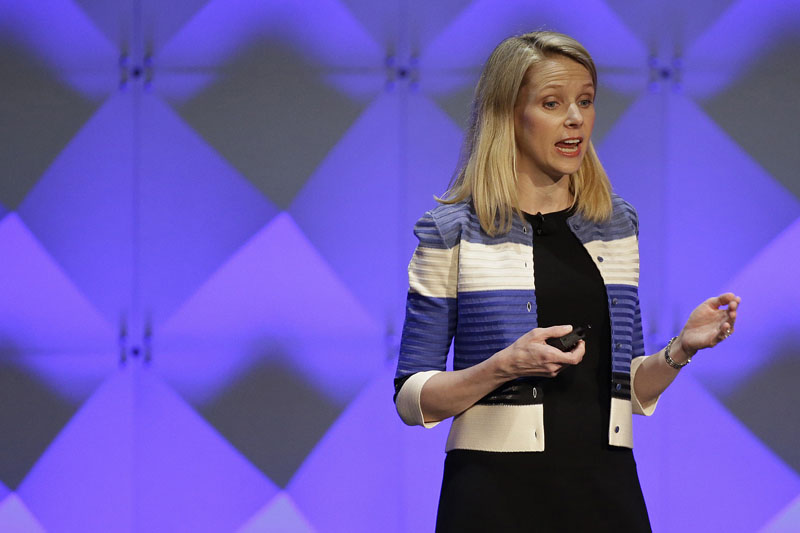 SAN FRANCISCO: Yahoo may have hung out a "for sale" sign, but it hasn't done much to improve its curb appeal.

On Tuesday, the company posted a first quarter loss on a sharp drop in net revenue, a figure that subtracts ad commissions from total turnover. Yahoo's net revenue fell 18 percent from year-earlier period to $859 million. It's the largest decline in Yahoo's quarterly net revenue since the company hired Marissa Mayer as its CEO nearly four years ago.

The company expects an even bigger net revenue drop of 20 percent in the quarter ending in June.

Yahoo lost $99 million during the first quarter, compared to a $21 million profit last year. A big chunk of the loss stemmed from the cost of laying off about 1,000 workers during the quarter, a cut that chopped the company's workforce to 9,400 employees as of March.

That purge was part of a cost-cutting plan drawn up by Mayer that includes closing some of the unprofitable services started up under her reign.

Investors, however, are much more focused on whether the company is going to sell the bulk of its operations or not. The Sunnyvale, California, company announced two months ago that it's considering the sale of part or all of its Internet business instead of sticking with Mayer's cost-cutting plan.

In a review of the first-quarter results, Mayer described the sales negotiations as a "top priority" and said the board is moving on an "aggressive calendar" to complete the process. She didn't provide a specific timetable.

Her comments aimed to debunk reports that Yahoo's board is only making a half-hearted effort to attract bidders because she and the rest of the directors would prefer the company remain independent.

Verizon Communications has publicly said it's interested in buying Yahoo. It snapped up another fallen Internet star, AOL Incorporation, for $4.4 billion last year. The Daily Mail in London also has said it was mulling a bid. Analysts believe private equity firms that specialise in buying and turning around troubled companies are interested.

Estimates on the value of Yahoo's Internet operations have ranged from $4 billion to $10 billion. Properties on the block include Yahoo's widely used email service, digital advertising tools and its still popular finance and sports sites.

Backing Mayer following the flop of her previous turnaround efforts would only alienate investors further, says Mizuho Securities analyst Neil Doshi. "They have lost a lot of credibility," he said.

Yahoo's stock has rallied over the past two month amid expectations that it will divest its Internet operations. That would leave Yahoo as a holding company with valuable stakes in China's e-commerce leader, Alibaba Group, and Yahoo Japan.

Mayer and the rest of Yahoo's board could be ousted if the company doesn't sell and its financial results continue to worsen. Activist investor Starboard Value has nominated a slate of candidates to replace Yahoo's nine-member board in an election at the company's annual meeting, which may be held in late June.

In Tuesday interview on CNBC, Starboard CEO Jeffrey Smith said he is trying to negotiate a settlement that would give his hedge fund several seats on Yahoo's board ahead of the annual meeting.

If there isn't a settlement, Smith said he is prepared to lead a mutiny so an entirely new board can "pick up the pieces."