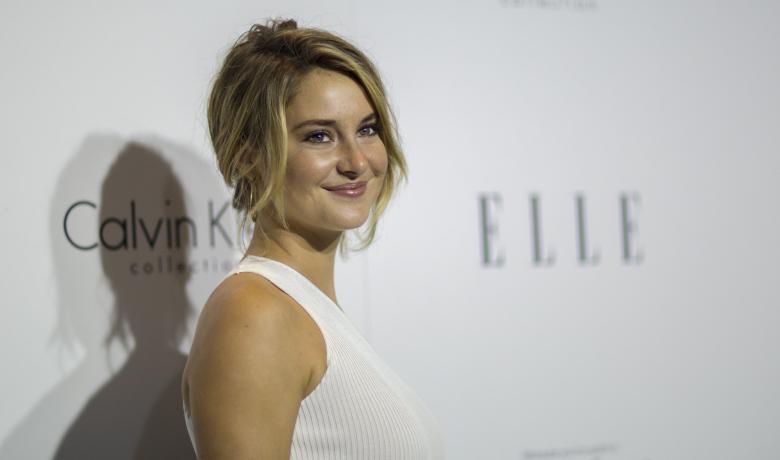 Actress Shailene Woodley poses at the 22nd annual ELLE Women in Hollywood Awards in Los Angeles, California October 19, 2015. REUTERS
Actress Shailene Woodley pleaded not guilty on Wednesday to charges stemming from her high-profile arrest with 27 other people while protesting construction of the Dakota Access pipeline, court documents show. The 24-year-old film star was not in court for the brief hearing in Morton County District Court, in North Dakota, where her attorney entered the pleas to misdemeanor counts of trespassing and engaging in a riot, according to the documents. Woodley, who had been broadcasting the Oct. 10 protest on Facebook Live at a Dakota Access pipeline construction site about 2 miles (3.2 km) south of the town of St. Anthony, was seen on camera being taken into custody. The actress narrated her own arrest, saying she had been heading peacefully back to her vehicle when, "They grabbed me by my jacket and said that I wasn't allowed to continue ... and they have giant guns and batons and zip ties and they are not letting me go." Police said at the time that Woodley was among the last people arrested and was taken into custody after she left private property. Woodley, who aside from her acting is known for her environmental activism, has previously joined members of North Dakota's Standing Rock Sioux Tribe to demonstrate against the $3.7 billion project. The 1,100-mile (1770-km) pipeline, being built by a group of companies led by Energy Transfer Partners LP, would be the first to bring Bakken shale from North Dakota directly to refineries on the U.S. Gulf Coast. The group behind the pipeline, called Dakota Access, had planned to start operations in the fourth quarter of this year, but construction has been hampered by demonstrations. The tribe believes the pipeline would leave its land vulnerable to contamination from oil spills and would damage historic and culturally significant sites. Supporters say it would provide a safer and more cost-effective way to transport Bakken shale to the U.S. Gulf than by road or rail. A day later protesters were arrested as they tried to shut down the flow of oil through pipelines carrying crude from Canada to the United States. Woodley co-starred in the film "Snowden," which was released last month. She played Lindsay Mills, girlfriend of former National Security Agency contractor Edward Snowden who leaked details about the U.S. government's massive surveillance programs and was granted asylum in Russia after fleeing the United States in 2013.
#North Dakota #Shailene Woodley #pipeline protest
You May Also like: