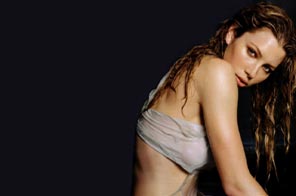 HOLLYWOOD: The 'Planet 51' actress recently signed up to appear in forthcoming movie remake 'The A-Team' and is enjoying getting to grips with the action scenes.

She said: "It's going really, really well. I'm getting to work a lot with weapons again, which I haven't done in a long time.

"We've got a really interesting tone going on. I was a little concerned at first about whether we were going to be really cheesy or super dark but I think we've found a lot of humour, at the same time that it's quite emotional with some dramatic moments." The actress also admitted she found working on 'The Texas Chain-saw Massacre' "intense" and admits is caused her to "freak-out".

She added: "'The Texas Chain-saw Massacre' was one of the hardest experiences for me, creatively and emotionally. It was intense because I was at this high level of freak out for about a month. It was just so not of this world."

#Biel loves working with weapons
You May Also like: