Our poets, musicians, lyricists and critics elucidate on Bob Dylan’s influence on their writings and how his lyrics/poetry changed the way they wrote and understood life 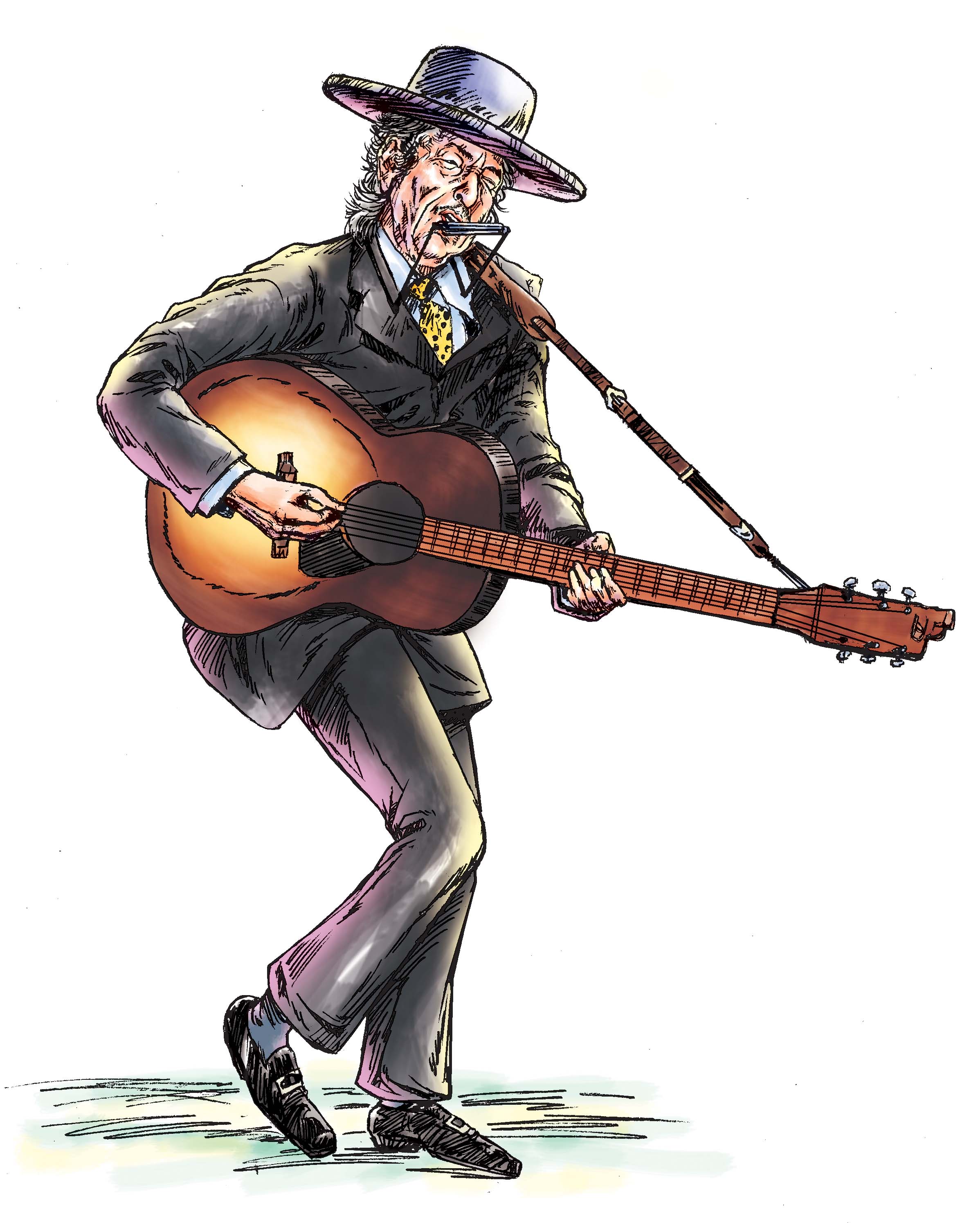 Singer-songwriter Bob Dylan wrote in his autobiography Chronicles: Volume One, “Jack Kerouac novel, On the Road, used to be the Bible for me.” When he was reading On the Road, he probably thought that the one road of his journey would lead to Kathmandu.

“He came to Nepal brought by the then popular culture — hippie,” said Prof Dr Abhi Subedi.

When the Nepali youth recognised him at Basantpur, he was shocked as well as surprised. Dylan sang  several songs of his fans’ requests at ‘Don’t Pass me Bye’ restaurant. It was 1970’s when Nepal was fighting the then state power, recalled writer and critic Prakash Sayami.

The first Nepali rock singer Mike Khadka agreed with Sayami and Prof Subedi adding that Dylan used to wear only white on his visit to Nepal. “Jhochhen used to be quite popular among the youth and tourists (especially hippies) then. Bob Dylan songs were playing in every shop and hotel on Freak Street here.”

Sayami also recalled places like the Evening Cafe at Jamal and Pulchowk’s Celebrity Chowk used to be a place to gather and listen to Dylan songs.

Prof Subedi, who had started to listen to Dylan during his MA Ist Year, recalled, “There was Swoyambhu hill and the below is the Bijeshwori. There used to be one house in Bijeshwori, where on the full moon night, hippies used to do party to Dylan music, Jimi Hendrix and other rock songs. They played cassettes, spools and tape recorders. Back then, for people like me, Dylan was an inspiration, a force of change.”

On the other hand, Sayami revealed that during the late 70’s “our revolutionary group ‘Ralpha’ went on highly inspired by Dylan. Ralpha group’s singer and composer Manjul and Ramesh started to compose and sing like him. He cited that Gau Gau Baata Utha is an example of the Dylan style.

Similarly, “famous poet of Nepal Bhasa Durgalal Shrestha and his fellow friends were inspired by Dylan. Their movement of Nepal Bhasa was also influenced by it,” Sayami revealed.

Sayami described Dylan’s lyrics as humanistic and metaphorical with a sense of the travelogue. Agreeing with him, Khadka said, “Dylan is a lyricist of the world. Each of his song has a special message.  Even Beatles’ Paul McCartney and John Lennon were impressed by his lyrics when Dylan went to tour in London. Then Beatles composed I’m a Loser, which was in Dylan style.”

Singer Abhaya Subba-Weise grew up in musical family with her father, brother and cousins listening to  Dylan in her school days. “I didn’t like his voice. Why are they listening to his songs — I used to wonder. I was young and didn’t know about his music’s depth,” she said.

Later when she tried to write a paper on his lyrics, they laughed at her.

Of her liking Dylan, she said, “He writes in a simple language but with deep meaning. If you listen more, you understand more. He examines the dark side of life. And the most important thing is — he writes about everyday life. His selections of words are mind blowing. What we say in four lines, he has capacity to do so in four words.”

Sanjay Shrestha of 1974 AD grew up with Dylan songs. “I was probably 13/14 when I started listening to Dylan. I’m a huge fan of his lyrics and singing. He is not just a singer, he is a storyteller and poet who gives strong messages through his songs. He composes poetry and in his poetry there is short-short story.”

Looki Looki hitmaker  Dhiraj Rai also said, “I started listening to Dylan from Class VIII but understood him after doing Master’s in English Literature in 2007. He never sang for money. His music was never meant for glamour. His lyrics are meaningful and philosophical.”

Poet Viplob Pratik and singer Aavash also agreed with Rai. Pratik said, “His songs including Blowin’ in the Wind used to be played in a pub at Jhochhen. There was a craze about his music. But the meaning of those songs hit later. We listened then, and it influenced us later. His songs are poetry as well as revolutionary.”

As per Aavash, along with being a musician, Dylan is a poet who writes about social issues. He talks about anti-war, human sufferings and justice. His lyrics deal with everyday life.

When Dylan was named for the Literature Nobel, there was both congratulatory notes as well as criticism. Of this Prof Subedi said, “Being a writer and critic of English literature, I know Dylan has compiled an excellent anthology of poetry and students read those. He always wrote poems, sang poems. His songs have elements of poetry. And why he is still listened to after decades is because his singing style is combined with the spirit of time and permanent human feelings. He sang poetry, and poetry never gets old.”

Prof Subedi also observed that 82-year-old folk singer Leonard Cohen said after the Nobel award declaration, “Giving award to Bob Dylan is like putting a medal on Everest saying: ‘Everest you are the tallest in the world’.”

Sayami takes this award as path-breaking, and also exposed the view of the West that they too do not take music as part of literature. “Dylan was highly inspired by the Welsh poet Dylan Thomas and he took up the name Dylan because of this. He is a full-on literary figure,” Sayami opined.

Aavash looked at it from a political point of view and brought the American presidential elections into play. He opined, “This award has been given to Dylan to influence the elections. Look at the presidential candidate, Dylan has opposite perspectives to Donald Trump.”

As for Khadka, Shrestha and Rai, Dylan is the most deserving person for this Nobel. Subba-Weise took it as “good news indeed.  I think this award has opened doors to other kinds of writers, there is hope”.

Pratik argued that it is neither necessary to defend or criticise Dylan. “He is a poet and he composed serious poems which created revolution among the youth.”

Aavash shared that he didn’t like to copy others but if you are talking about the humanistic point of view, “my Lampost and Mandela are similar to his style”.

As per Sayami, late Amber Gurung’s composition Au Pani Ta Manish Ho was influenced by Dylan and his own composition Kunai Baatoma Timi Eklai was also written influenced by Dylan. Sayami also recalled that Swor Samrat Narayan Gopal used to listen Dylan in the 1970’s, turned to Blues in the 80’s, and sang Malai Nasodha.

As per Rai, “To understand Bob Dylan, you should have a certain standard. His lyrics have horizons of thought. He sang the shepherd’s song in a simple language but with deep meaning.”