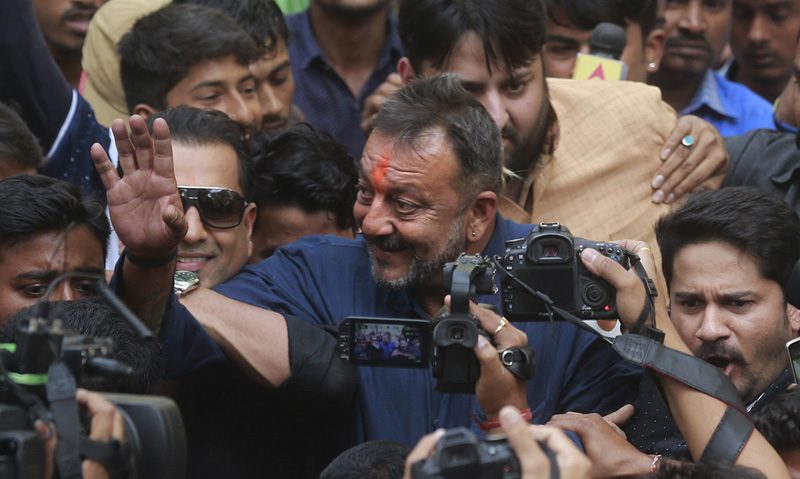 Bollywood actor Sanjay Dutt centre, waves to his fans as he arrives at his residence in Mumbai, India, Thursday, February 25, 2016. Photo: AP

NEW DELHI:  Bollywood actor Sanjay Dutt has left prison after completing his five-year sentence for illegal weapons possession in a case linked to the 1993 terror attack in Mumbai.

Dutt's wife Maanyata and noted filmmaker Rajkumar Hirani greeted the actor as he came out of the prison gate on Thursday in the western city of Pune and left for the airport to take a chartered plane to Mumbai.

Dutt, 56, is expected to resume his film career soon.

He was convicted for illegal possession of weapons linked to the 1993 terror attack, when 13 powerful bombs exploded across Mumbai. The bombs killed 257 people.

He has said he knew nothing about the bombing plot and wanted the guns to protect his family.

#Mumbai #Sanjay Dutt #Rajkumar Hirani
You May Also like: