Deepika cutting off ties with Ranbir? 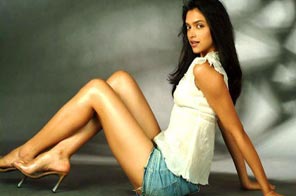 MUMBAI: Once bitten, twice shy. It seems actress Deepika Padukone is determined to keep a distance from her ex beau Ranbir Kapoor since they broke up recently. And now, she is cutting off all ties with him including professional life. The grapevine is abuzz with the news that a popular filmmaker approached Deepika to act in his film. However, she turned down the offer simply because he was planning to cast her ex beau Ranbir in the lead role.

It is said that Deepika has turned a workaholic after parting ways with Ranbir. She used to divide time between her acting career and her boyfriend when she was seeing him but now, the story has changed. She is now giving her everything to films.

It looks like Bachna Ae Haseeno will be their first and last film together!

#Deepika cutting off ties with Ranbir?
You May Also like: