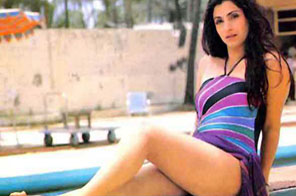 MUMBAI: Years ago a smart-alecky director wanted to cast Dimple Kapadia as the seductress and mafiosi in Khiladiyon Ka Khiladi who entraps Akshay Kumar into a lustful bath.

“Can you imagine how embarrassing that would’ve been?” Dimple had almost choked later on. That role, blessedly, went to Rekha. But Dimple and Akshay are now finally coming together as mother and son in Nikhil Advani’s London-based, cross-generation drama Patiala House which also pairs Rishi Kapoor and Dimple for the fourth time.

The couple from the trendsetting Bobby were subsequently seen in Sagar and more recently in Pyar Mein Twist.

After the failure of the pricey Akshay comedy Chandni Chowk To China, Nikhil is ready to shoot Patiala House which casts Rishi and Dimple as man and wife. Akshay will play their ideologically-opposed son. Says the director, “People may see the casting as gimmicky. But, after Chandni Chowk... I felt I had to be true to myself. In that film I was trying a language that wasn’t mine. In Patiala House ,I return to my native tongue.”

Though Akshay plays a second-generation Sikh in London, he won’t be wearing a turban in this film. His father, played by Rishi, will be in a turban once again after Love Aaj Kal. The film will also star the spirited Anushka Sharma in her first film outside the Yashraj banner. Apparently Akshay, who loved Anushka’s performance in Rab Ne Bana Di Jodi, personally requested her to step into Patiala House. Nikhil sees Akshay and Anushka sharing a great chemistry on screen. “They’re both so warm and so Punjabi in their demeanour,” he says.

#Dimple plays mom to Akshay
You May Also like: