Film comes up with painting competition 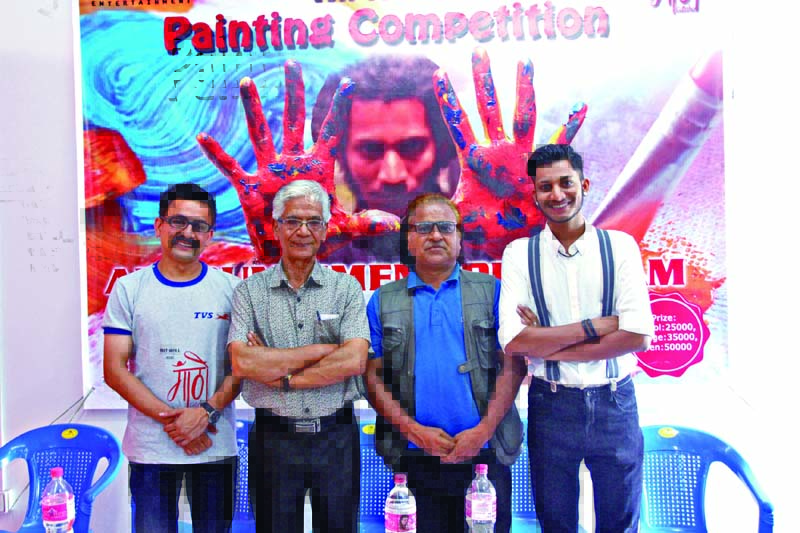 KATHMANDU: Nepali film Gaatho has come up with a nationwide painting competition and cartoonist/artist Durga Baral announced the competition on August 10 at the Art Gallery, Pokhara. A press release issued by the filmmaker of Gaatho stated that the competition has three categories — school, college and open. The winners of each category will get cash prizes of Rs 25,000, 35,000 and 50,000 respectively. It also added that 10 paintings from each category will be exhibited at the Art Gallery and Baral is the judge for the competition. Elaborating on the reason behind the competition, the statement quoted director Suraj Bhushal as saying that the movie’s theme is based on painting and he has many friends who work as artists and the competition is his way to do something in the field of art. He expressed his hope to encourage art in society. The statement further stated that Baral praised the effort of filmmakers in organising a nationwide painting competition that are rarely held. He also complained about events being focused only in Kathmandu, along with sharing his efforts to make Pokhara a city of art. Baral said that it is complicated to judge a piece of art as it does not have any boundaries. At the event actor Najir Husen opined that coming back to Pokhara, where he had shot for the movie and being a part of painting competition’s announcement, was a fortunate opportunity for him, stated the release. He added that for Gaatho he had observed artists for months that have helped him to understand paintings.

#Pokhara #Nepali film Gaatho #painting competition
You May Also like: