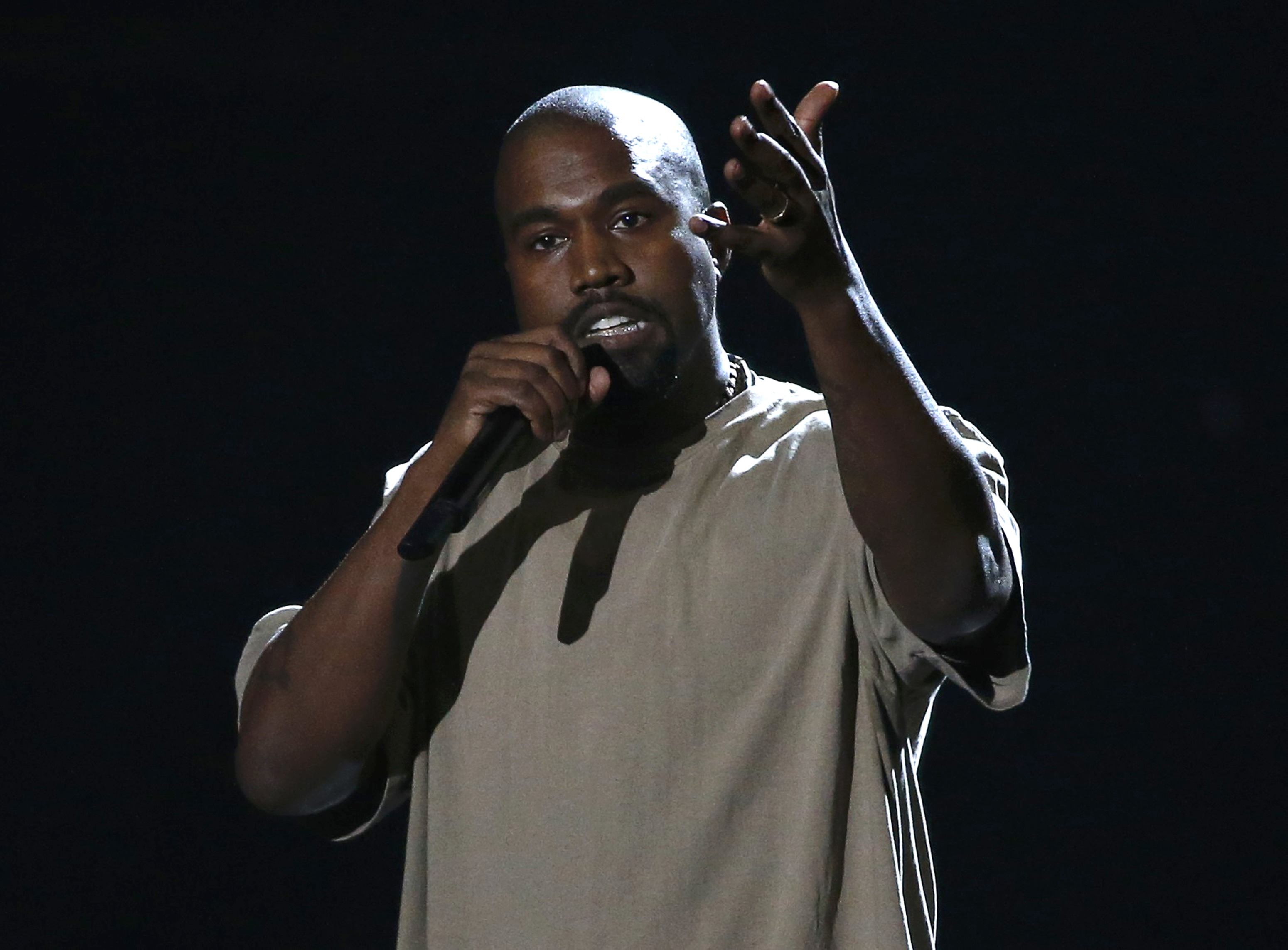 Fantasy opinion polls showed West running ahead of Donald Trump, who has been leading polls among the many Republican presidential contenders, while another viral post placed Kim Kardashian, as well as sisters Khloe and Kourtney, outside the White House.

Music website Billboard.com suggested rapper Jay-Z could be West's vice president and Taylor Swift could be installed in the State Department.

The annual VMA awards show, which honors achievements in music videos, has long been known for its outrageous moments.

Sunday's show was replete with liberal cursing, skits about marijuana use, barely-there outfits, and an apparently accidental flash of bare breasts from host Miley Cyrus, 22.

The Parents Television Council, which says it aims to "protect children and families from graphic sex, violence and profanity in the media, responded with outrage.

"MTV ... chose to perpetuate blatant sexualisation – much of it self-inflicted by the artists – and to celebrate the use of illegal drugs," council President Tim Winter said in a statement.

MTV, a unit of Viacom Inc, said it had no comment on the PTC statement.