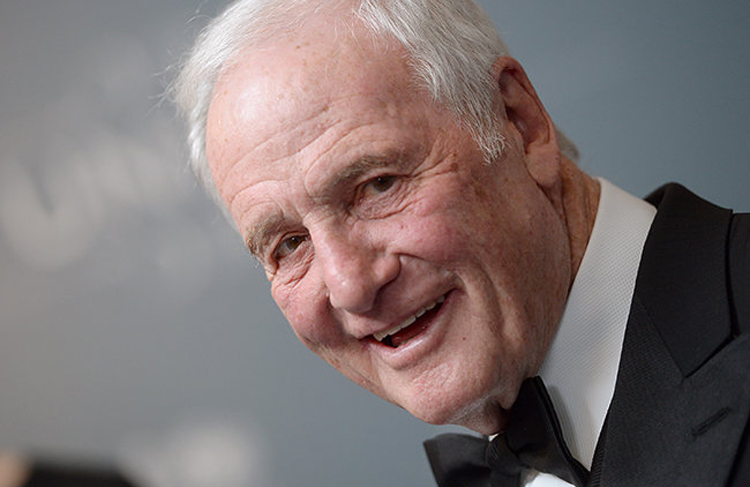 Photo: billboard.com
LOS ANGELES: Legendary American producer Jerry Weintraub, best known for The Karate Kid, Nashville and Ocean’s Eleven, has died. Hollywood celebrities like George Clooney, Brad Pitt and Arnold Schwarzenegger paid tribute to him. The producer passed away on July 6 of cardiac arrest, reports aceshowbiz.com. He was 77. Clooney, who starred in Weintraub’s Ocean’s Eleven, said in a statement, “In the coming days there will be tributes, about our friend Jerry Weintraub. We’ll laugh at his great stories, and applaud his accomplishments. And in the years to come, the stories and accomplishments will get better with age, just as Jerry would have wanted it. But not today.” “Today our friend died. To his family and friends, Amal and I send our love. And to those who didn’t know him we send our deepest sympathy. You would have loved him.” Pitt shared, “He was an absolute original. I loved him and will genuinely miss him.” Other celebrities took to micro-blogging website Twitter to offer their condolences. Schwarzenegger praised the producer in a post which read, “Jerry Weintraub is larger than life. He was a giant in Hollywood and his heart was so big it lit up the town. My thoughts are with his family.” The Karate Kid actor Ralph Macchio shared a photograph of him and the late producer, and tweeted, “So sad at loss of Jerry Weintraub, you were 1 of a kind, my friend. Last of a breed. So glad I got to be ‘that kid’.” Actor Rob Lowe, who was surprised by the producer’s death news, wrote, “So sad and shocked that a creative spirit like Jerry Weintraub’s could EVER be silenced. He was the ultimate producer. #BehindTheCandelabra.” Host and comedian Larry King wrote, “Shocked to learn of the passing of Jerry Weintraub. I just saw him last week. This is a great loss to show business, what a legend.”
#Jerry Weintraub #The Karate Kid #Hollywood paid tribute #producer died #cardiac arrest
You May Also like: