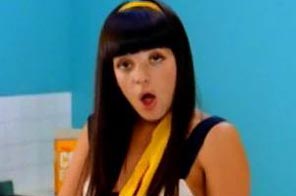 LONDON: Singer Lily Allen has said that she suffers from a mild form of arthritis, which requires her to take care of herself on tours. The 24-year-old singer says the condition affects her hands and knees and often leaves her in agony, Contactmusic reported.
The British singer suffered a nasty fall while she was on tour in August and needed painkilling injections in order to carry on with the concerts. And the star is convinced she had a lucky escape because the condition also means she is more susceptible to serious injury.
"I''ve got mild arthritis in my hands and my knees. It runs in my family.
My bones break very easily," she tells Britain''s Q magazine.

#Lily Allen suffers from arthritis
You May Also like: