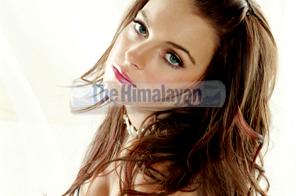 LINDSAY LOHAN's father is so worried about her excessive drinking he has urged the troubled star to seek professional help.
Michael Lohan is convinced his famous daughter turned to alcohol for comfort following her split from on/off girlfriend Samantha Ronson earlier this year (09).
And Lohan fears the Mean Girls actress, who was arrested twice in 2007 on drink driving charges and has spent time in rehab, could be heading for trouble again.
He says, "She's out there drinking and partying and she should not be doing that. People see her drinking. She should stay away from it. With the drugs, I think she's in a much better place than she used to be. But I have a problem with her being even on prescription medication."
Lohan has even waded into the debate with U.S. TV doctor Drew Pinsky, who recently criticised Lindsay's ongoing battle with drink and drugs, insisting she needs to suffer a "mortal wound" to shake her into sobering up.
The actress was infuriated by Pinsky's comments, but her father has backed the Celebrity Rehab star and his opinions.
Lohan adds, "Dr. Drew has what it takes to help anyone that has any kind of problem. It doesn't have to be drugs, it doesn't have to be alcohol, it can be any kind of emotional or psychological problem."

#Lohan needs help to stay afloat
You May Also like: