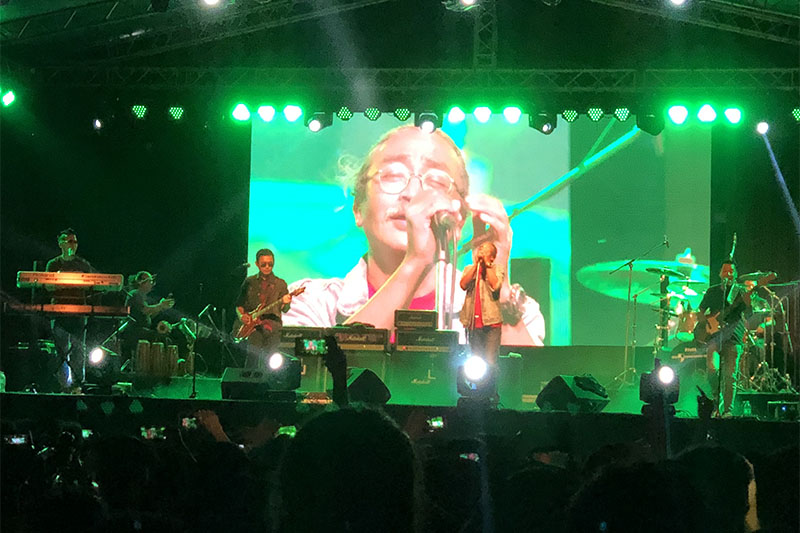 Amrit Gurung, Nepathaya's lead singer, had compiled this famous song in 2004 while crossing Thorong La pass in Manang district. After four years, the song was incorporated in 'Ainajhyal' album.

"For a long time, I had a desire to sing a Gurung song, that is why I composed this song," social activist and legendary singer Amrit Gurung shared.

This song also expresses the feelings and sentiments of people trekking along Manang and Mustang districts.

"I added Deepchandi Taal, a Terai music flavour to the song which has already incorporated both nature and geography of hills and Himalayas of Nepal," Amrit Gurung added.

Nepathya is celebrating its 25-year long musical journey and on the occasion, it is releasing the music video of old songs.

The band released this video on its official youtube channel: www.youtube.com/nepathyaofficial.