No comments on Salman: Kat 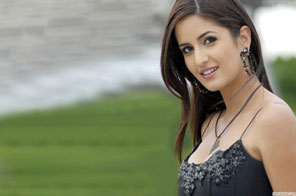 MUMBAI: It sure was ‘two’ much for Kolkata to handle. Yet the city had no gripes about the ek se badhkar do phenomenon. If Salman Khan was the most Wanted man on Friday, attracting press like moths to a lightbulb, Katrina left us wanting on Monday. For those taking stock of her dazzling rise, it is hardly ajab to presume that her ghazab ka bankability has only helped bankroll projects.

And it is this unwavering faith invested in her histrionics and a New York that turned the tide for her. “New York surprised many. That I was inclined to look beyond the hackneyed was a clear signal sent out. With New York, Ajab Prem Ki Ghazab Kahani, De Dana Dan and Rajneeti, I’ve done a mixed bag of roles,” says Katrina.

She is clear that “good cinema” (read ones that give “creative satisfaction”) is what she wants to do. And Ajab ... did lend itself to ingenuity. And she was living by her wits shooting with quick-witted Ranbir Kapoor. But wasn’t she browbeating him on the sets if what Ranbir alleged was true? Katrina vehemently refutes, “I am not a bully. I want to kill him for saying that.” But quickly adds, “I am saying that after saying I’m not a bully.

” Katrina is all praise for her co-star’s Wake Up Sid stirring an otherwise sluggish run of movies at the turnstiles. “Ranbir did great. Konkona was equally good,” says Katz, prudently.

Always on the ball, it comes as no surprise that Katrina having dethroned her reigning peers is also the new endorsement queen, what with her equity rising sharply. “We have grown up on brands. There have been some that I’ve wanted to endorse. I’ve just been plain lucky that a few have come my way. There are a few more left to conquer,” she ribs. Like Priyanka’s character in Fashion, would it unsettle her if she were to wake up one day to find “someone younger unseating her? “It doesn’t bother me,” she says, impassively.

In fact, Katz is just as offhand handling the now-on now-off rumours of her relationship with Salman Khan. “I don’t react to hearsay,” Katrina maintains, saying that the more one confabs, the more likely are others to jump to conclusions.

She has no difficulty though talking about the drivel surrounding her cameos in films. About her guest role in Blue or of Salman’s supposed special appearance in Ajab ... , she explains, “Salman has never really given his career much thought. He always thinks with his heart. I agree that sometimes you need to do stuff for your friends. You have to do what you feel at that point in time.” An approach that hasn’t let her down so far. A gut reaction she has come to rely on.

Without forewarning, when asked on impulse when is a relationship ajab or ghazab, Katz after careful consideration says, “Every relationship is ajab for sure. It becomes ghazab when you understand what you share with that person.” It’s a no-brainer.

#No comments on Salman: Kat
You May Also like: