Though many expected “A Star Is Born,” Bradley Cooper’s revival of one of Hollywood’s most remade show business myths, to top the nominations, Cooper was surprisingly overlooked as director and the Academy of Motion Pictures Arts and Sciences instead put its fullest support behind a pair of indies by international directors.

Cuaron, previously a six-time nominee and winner for directing “Gravity,” said by phone from London that the nominations for such a personal film were more meaningful to him, as was the attention for a film about a humble indigenous domestic worker (Yalitza Aparicio, who was nominated for best actress). He praised Netflix for its commitment to his film.

“Cinema needs the opportunity to be diverse,” Cuaron said. “What mainstream cinema and the theatrical experience has lacked in general is diversity. And I’m talking about diversity in terms of stories and characters and ways of doing films.”

Just as rewarded Tuesday was Lanthimos’ period romp, which resounded most in the acting categories thanks to its trio of actresses: Olivia Colman in the best actress category, and Rachel Weisz and Emma Stone in supporting. 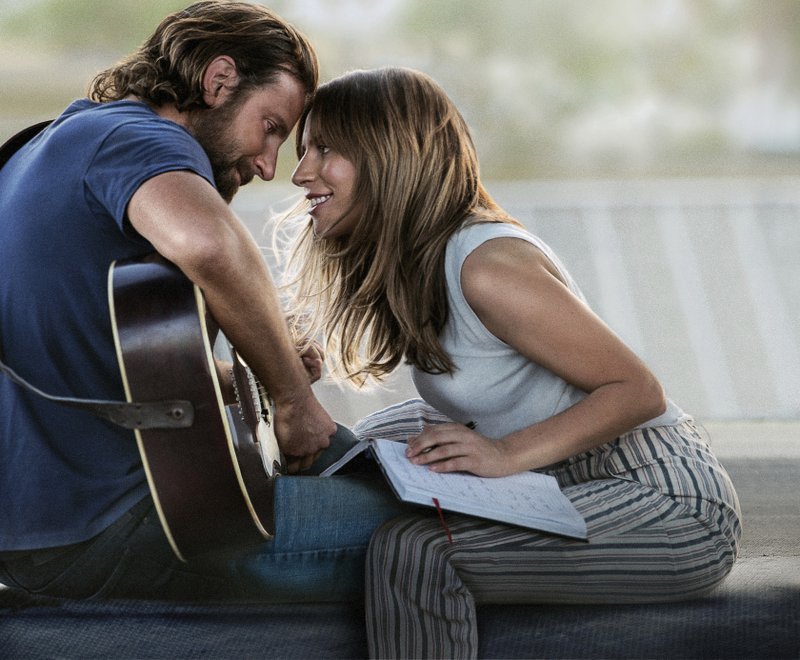 While "A Star Is Born" was nominated for best picture and Lady Gaga and Bradley Cooper for best actress and actor, it was a surprise Cooper was ignored for best director.

“Black Panther,” the year’s biggest domestic box-office hit and a bona fide cultural event, finally cracked the category long kryptonite to superheroes . Despite the overwhelming popularity of comic book movies, they had previously been shunned from Hollywood’s top honor to the consternation of some industry insiders. After “The Dark Knight” was snubbed in 2009, the academy expanded the best picture category from five to up to 10 nominees. 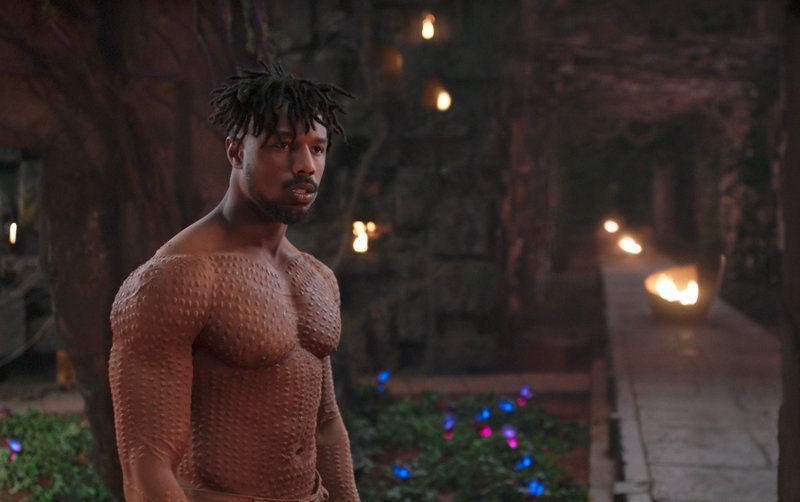 “To break down a wall like that, to be your ancestors’ wildest dreams, to show other young women of color and boys and girls that you can do whatever you want no matter what struggles you have in your life — all of that. That’s what it means to me,” said Beachler, talking by phone from the Cincinnati set of Todd Haynes’ latest.

There has likewise been resistance among some academy members to awarding Netflix films since the company typically bypasses movie theaters. Steven Spielberg has said Netflix films are more like TV movies and deserve an Emmy, not an Oscar . Netflix altered its policy for “Roma” and the Coen brothers’ “The Ballad of Buster Scruggs” (which earned three unexpected nods), premiering them first in theaters before debuting them on Netflix. In turn, it was rewarded with a 15 nominations overall, second only to Disney’s 17.

Three decades after landing a writing nod for 1989′s Do the Right Thing,” Spike Lee was nominated for his first directing Oscar for “BlacKkKlansman.”

“Thirty years is a long time, ain’t it?” Lee said by phone Tuesday with a hearty laugh. The 61-year-old filmmaker lamented the oversight of his lead actor, John David Washington, whom he consoled with a prediction of future awards: “Young blood, you’ll be here.” But Lee took pride in his film’s six nominations, and he likes his odds.

″‘BlacKkKlansman’ is the dark horse — pun intended,” said Lee, cackling. “You know what? That’s fitting. I’ve always been an underdog, from the very beginning, from film school. That narrative has not changed. And I like that position.”

The other directing nominees were Lanthimos, Cuaron, Pawel Pawlikowski (“Cold War”) and McKay (“Vice”) — a field that, a year after continued focus on gender inequality in Hollywood, included no female directors. Some had campaigned for Debra Granik (“Leave No Trace”) or Chloe Zhao (“The Rider”) to become the sixth woman ever nominated for best director.

The nominations, announced by Kumail Nanjiani and Tracee Ellis Ross from the Samuel Goldwyn Theatre in Beverly Hills, California, included plenty of surprises. In a blockbuster year for documentaries , the Fred Rogers documentary “Won’t You Be My Neighbor” was snubbed despite more than $22 million in ticket sales (a huge sum for a doc). Instead the nominees were “Free Solo,” ″Hale County This Morning, This Evening,” ″Minding the Gap,” ″Of Fathers and Sons” and the Ruth Bader Ginsberg portrait “RBG.”

The acting categories played out largely as expected with a few notable differences. Along with Lady Gaga, Colman and Aparicio, the best lead actress nominees were Glenn Close (“The Wife”) and Melissa McCarthy (“Can You Ever Forgive Me?”).

The nominees for best supporting actress were Amy Adams (“Vice”), Marina De Tavira (“Roma”), Regina King (“If Beale Street Could Talk”), along with Stone and Weisz. Tavira was something a surprise, likely unseating Claire Foy of “First Man.”

But perhaps the biggest acting snub came in best supporting actor, where Timothee Chalamet, who broke through last year with “Call Me By Your Name,” was left out for his drug addict turn in “Beautiful Boy.” Nominated were previous winner Mahershala Ali (“Green Book”), Adam Driver (“BlacKkKlansman”), Richard E. Grant (“Can You Ever Forgive Me?”) and Sam Rockwell (“Vice”), who won the trophy last year.

With nominees like “The Favourite,” ″Can You Ever Forgive Me,” ″Green Book” and “Bohemian Rhapsody,” GLAAD president Sarah Kate Ellis called it “a banner year for LGBTQ inclusion.”

Some Oscar regulars padded their career tallies. Joel and Ethan Coen notched their seventh screenwriting nomination. Close, never a winner, landed her seventh acting nod. Costume designer Sandy Powell received her 13th and 14th nominations, for “The Favourite” and “Mary Poppins Returns.” But the nominees were also crowded with first-timers, including new performers (Aparicio) and veteran ones (Grant, Elliott, Colman, King). Paul Schrader, the 72-year-old “Taxi Driver” scribe, was nominated for his first Oscar for the script to his religious thriller “First Reformed.”

The lead-up to Tuesday’s nominations was rocky for both the film academy and some of the contending movies. Shortly after being announced as host, comedian Kevin Hart was forced to withdraw over years-old homophobic tweets that the comedian eventually apologized for. That has left the Oscars, one month before the Feb. 24 ceremony, without an emcee, and likely to stay that way. 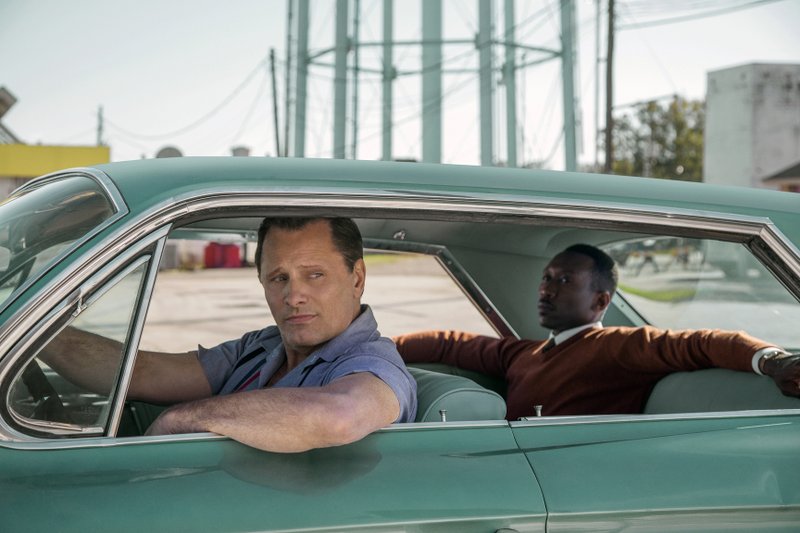 Some film contenders, like “Green Book” and the Freddie Mercury biopic “Bohemian Rhapsody,” have suffered waves of backlash, even as their awards have mounted. Before landing five nominations Tuesday, “Green Book” — which has been criticized for relying on racial tropes — won the top award from the Producers Guild , an honor that has been a reliable Oscar barometer. In the 10 years since the Oscars expanded its best-picture ballot, the PGA winner has gone on to win best picture eight times.

"Bohemian Rhapsody" wasn't university loved by critics but has done well at the box office and won key awards at the Golden Globes this month.

Last year’s Oscar telecast was watched by a record low of 26.5 million viewers . This year will at least feature a number of popular nominees, including “Black Panther,” ″Bohemian Rhapsody” and “A Star Is Born.” Just how many people have seen “Roma,” though, remains a mystery. Netflix doesn’t release box office receipts or streaming viewership.

It’s also an unusually international crop of nominees. It’s only the second time that directors from two foreign language films were nominated for best director (Cuaron and Poland’s Pawlikowski). “Roma” is aiming to be the first foreign language film to win best picture. Some of that could potentially be attributed to a changing academy, which has greatly expanded its ranks in recent years to diversify its membership, including more overseas members.

A year after taking home best picture with “The Shape of Water,” Fox Searchlight tied Netflix with 15 nominations, even as Searchlight and its parent studio, 20th Century Fox, are in the process of being acquired by the Walt Disney Co. If their releases counted under Disney, the new mega-studio would have dwarfed all studios with 37 nominations.