Saga of Resident Evil comes to an end 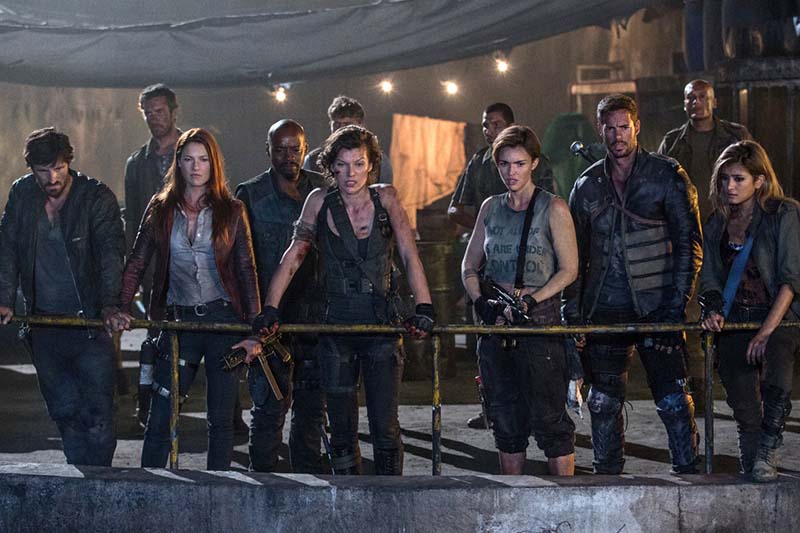 Photo: outnow.ch
Kathmandu The post-apocalyptic saga of Alice, the zombies and Resident Evil franchise gets a closure with its gory sixth instalment — Resident Evil: The Final Chapter. Taking us back to where it all began and putting an end to it once and for all, there will perhaps be no more of the blood thirsty zombies. And in most probably the final chapter, action is served triggered by virus-infected-zombies, blood, gun shots and stunts. Alice (Milla Jovovich) is on a mission to save the last of the humans left on the planet. Ten years ago, a genetic research facility called the Hive owned by the Umbrella Corporation (underneath Raccoon City) witnesses an outbreak of genetically engineered T-virus infecting people to become zombies. There are a handful of survivors and Alice has to go back to the Hive and release an airborne antivirus before all mankind is wiped out. Her time is limited while the path is full of zombies and people from the Umbrella Corporation who want to eliminate the survivors. With her friend Clare Redfield (Ali Larter) and other survivors along with artificial intelligence Red Queen (Ever Gabo Anderson), they fight a bloody battle against the undead and its creators. Resident Evil: The Final Chapter is gory — the film is not for everybody. It can be a film to pass time for action film lovers or the fans of Resident Evil, if there are any. There is nothing spectacular or ingenious about the film in terms of action, stunts and execution, so it doesn't throw you on the edge like an action film should do. Mediocre but evenly placed action sequences in a well-paced film and thrill here and there heightened by the deafening sound make the film watchable as long as you watch it. Resident Evil: The Final Chapter doesn't make a grand ending of the tale of T-virus, and not even in the acting department. The actors and their expressions are hard and unemotional or rather apocalypse-hit. Meanwhile the 3D effects don't help much.
#Hollywood movie #3D effects #Resident Evil franchise #Resident Evil: The Final Chapter #Milla Jovovich #Ali Larter #Ever Gabo Anderson #zombie apocalypse
You May Also like: