The tour that rocked the nation! 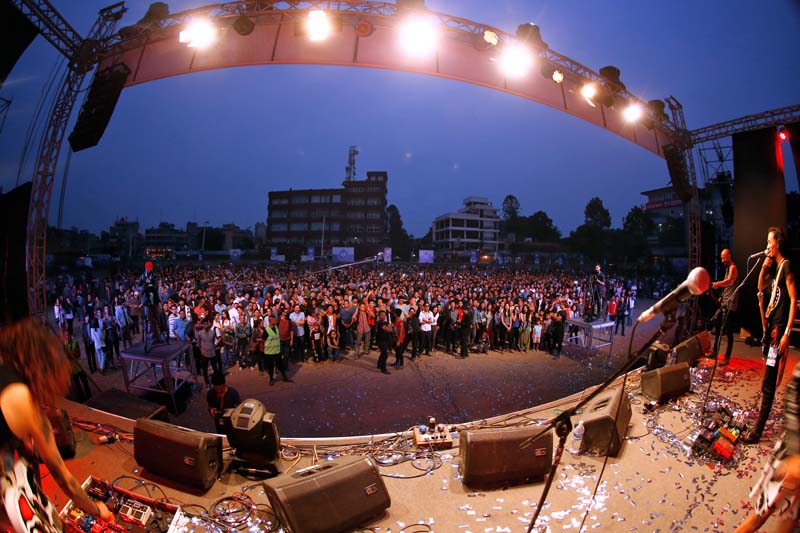 Photo Courtesy: Ruslan
KATHMANDU: Nepali rock bands Cobweb and Sabin Rai and The Elektrix came together on one stage to rock the Ruslan-Wave Rock Tour 2073 in different cities of Nepal. The tour that started on April 16 came to an end on April 24. As per a press release issued by Ruslan 100% Pure Music on April 26, the two bands performed in Kathmandu, Butwal, Narayanghat and Pokhara on April 16, 22, 23 and 24 respectively. It is an annual event and this year, it was the third edition. The tour took off from Kathmandu and ended in Pokhara. As per the press release, the bands entertained the crowd with their popular songs like Eklo Jiwan, Astitwo, Guras Ko Fed Muni and Samjhana among others which were enjoyed by the rock fans.

Photo Courtesy: Ruslan
Ruslan 100% Pure Music brought Cobweb and Sabin Rai and The Elektrix together for the tour with the purpose to support the music industry. The tour was also organised to revive the touring culture in Nepali music stage, adds the press statement.
#Nepal tour #Ruslan #Cobweb #Sabin Rai #The Elektrix #Ruslan-Wave Rock Tour 2073
You May Also like: