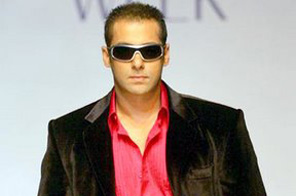 MUMBAI: Salman Khan has said that getting married to Katrina Kaif would not get rid of his reputation as a playboy.
In an interview with the The Times Of India, he spoke of his tempestuous relationship with the actress.
He dismissed public speculation about the relationship, but refused to comment on whether marriage was likely: "I don’t know if I am ready for such stuff. I live by the moment. For me, love’s the union of two minds."
Khan was recently romantically linked to German model Claudia Ciesla.
When asked about his 'bachelor' tag, he said: "What’s wrong with it? There’s always a new link-up I hear about myself everyday. If I get married, I am sure nothing’s going to change."
However, Khan remains optimistic about love at the age of 43.
"It’s the same as it was at 20. The excitement, romance and emotions one experiences at the start of a relationship are the same."

#Salman: 'I'm not ready to marry Katrina'
You May Also like: